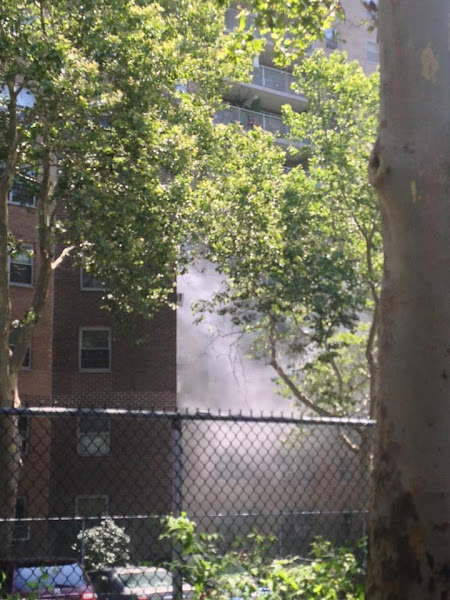 The FDNY is out in full force in response to a fire at 610 E. Sixth St. at First Avenue in the Village View complex… the fire is reportedly in a 6th-floor apartment... 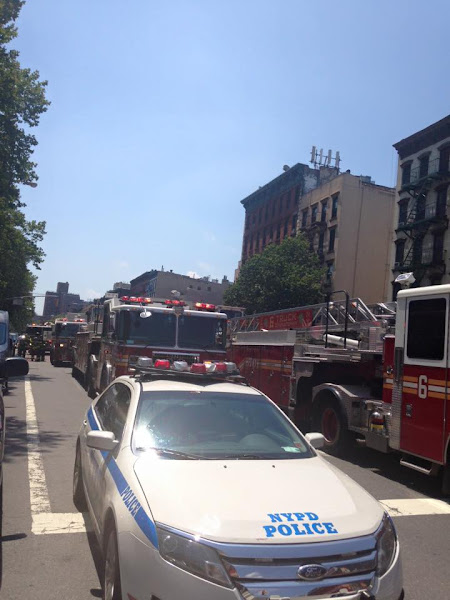 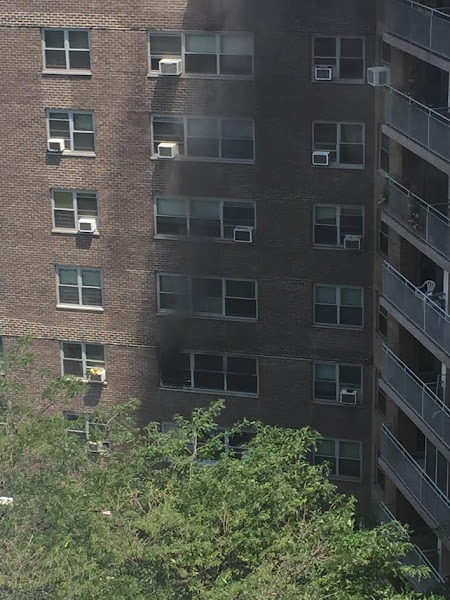 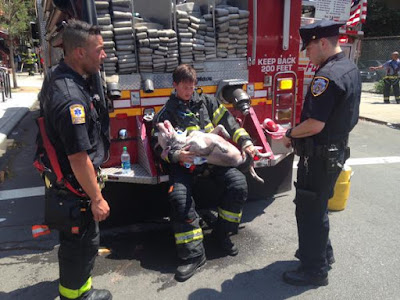 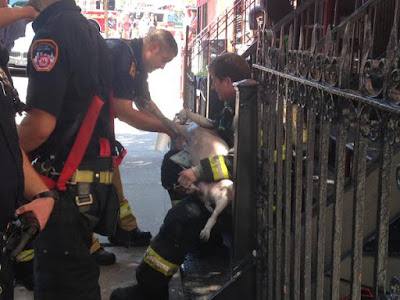 After giving her water and oxygen … and applying ice packs…

She's licking at firefighters now and moving around a bunch. pic.twitter.com/s24Ojtgzb6

Hope that gal is doing OK.

I'm surprised not many others have commented. I heard all the sirens going past and went onto your Twitter page to get the intel. You were right on top of it!

Thanks to the FDNY for their wonderful response to this poor puppy. Hope her peeps are okay.

So happy they saved her and that everyone else was okay. Nice work FDNY

Saw the animals yesterday later in the day. The cats were freaked out in their carrier, but the dog is doing fine. She was still sooty but looking for any love and sweet talk she could get. So happy to report that all three of the animal babies are fine. We watched the FDNY working on the dog, saw a fire fighter fist bump a NYPD officer and knew then that the dog was going to survive.

How adorable is it that the fire fighters carried this pooch our and gave it oxygen? Heart melting!