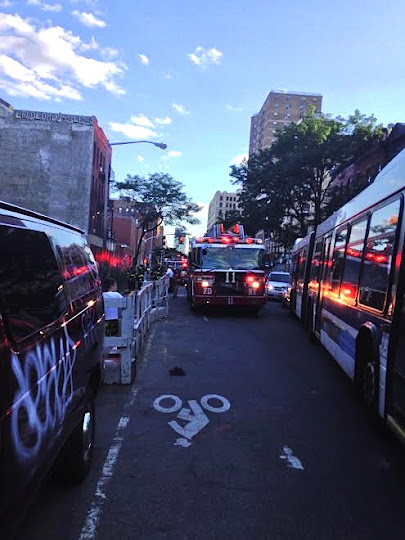 The ongoing dewatering process at Ben Shaoul's incoming retail-residential complex between East Sixth Street and East Seventh Street continues to make people believe there is a fire in the construction pit.

A neighbor of the property at 98-100 Avenue A noted that the FDNY arrived en masse around 7 after a report of smoke at the site. 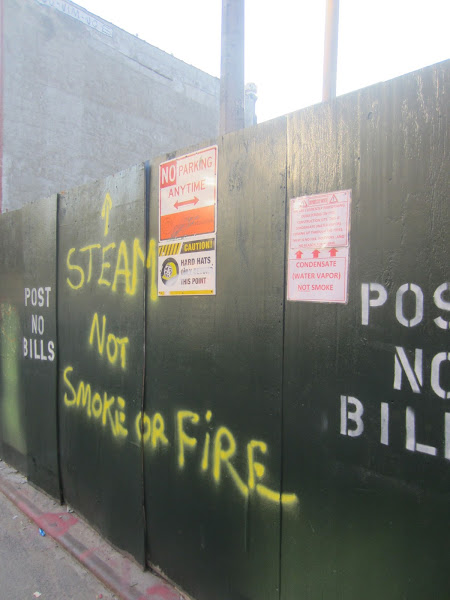 ...but it has been painted over.

"We are currently performing dewatering on this construction site. This is condensation (water vapor) coming up through the pipes. There is no fire, no smoke, and no reason for alarm."

What people don't realize is that dewatering that area will also cause the ground water level to decrease at the neighboring buildings (hello 6 and A, hello 7 and A) and this will cause the cellar support columns to settle.

This is a much bigger issue than steam.

Croman did something similar at 118 when he had a crew of men manually dig out the cellar below the building and then pump water out.

There are several underground streams in this area.

Isn't that what has happened at the Cherry Street site? Though I'm not certain they are dewatering there.

This shit needs to be studied before the other fucking buildings fall. So sick of this developer shit, tearing down and doing whatever they want. I'm sure the FDNY gave them an earful too because I remember the FDNY guys were giving the construction site guy shit a couple of months ago when they got a call, they were sick of being called to the site.