Bringing up babies on the side streets 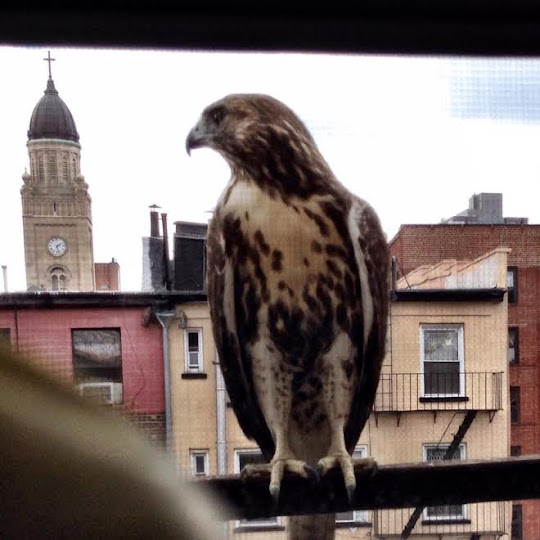 Unlike last summer, when the young hawks spent much of their formative months in Tompkins Square Park, Christo and Dora's 2015 fledglings have been keeping to the side streets near their former nest at the Ageloff Towers on Avenue A and East Third Street.

So there have been several hawklet sightings on side streets between Avenue A and Avenue B and East Sixth Street and East Third Street.

One of Christo and Dora's brood decided to take a break outside my living room window. 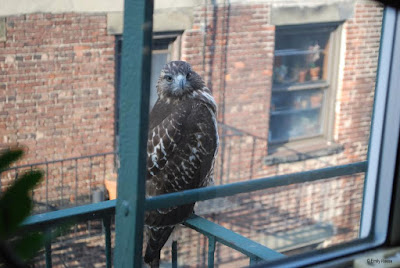 The hawk seemed giant. I guess it was two feet from its toes to the top of its head. It was sitting facing away from the window at first, but it noticed me and moved to face me as I began to photograph it. It stayed for 20 minutes, first on the west side of my north-facing fire escape ... Then it shifted to the east side, much to the terror of my two pet birds just inside. It was amazing to watch. 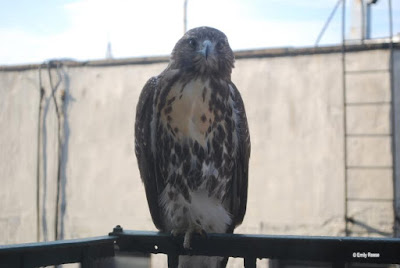 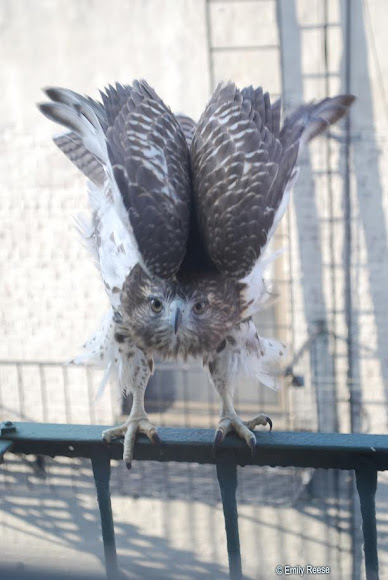 Toward the end of the hawk's visit, she decided to close the aperture and slow the shutter speed on her camera to try to capture the beautiful movement of the hawk's feathers ... 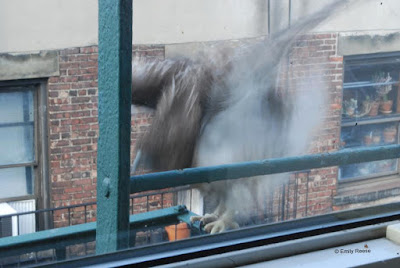 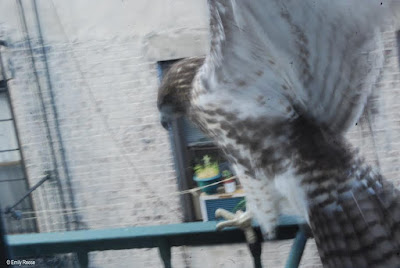 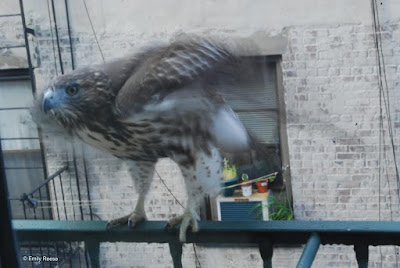 As always, Goggla has been been keeping tabs on the hawk clan (here and here). You may also find more Christo-and-Dora activity at TwoHawksNYC here.
Posted by Grieve at 4:15 AM

those are so awesome... such impressive beasts! nice shots, lucky photog!

Love this story and photos. My cockatiel would have been freaked out too.