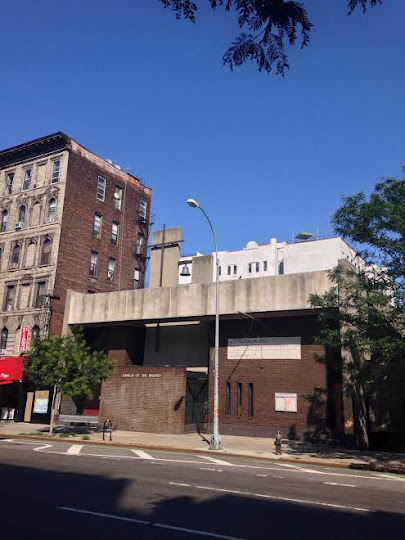 Sunday July 26, 2015 marks the last Sunday mass at the Church of the Nativity. Parishioners will broadcast the service live via Periscope (@NativityNYC) from the 10:15 a.m. and 7:30 p.m. masses.

The Archdiocese of New York has denied Nativity parishioners the chance to appeal saying parishioners didn't meet the 10-day deadline after the November 2, 2014 announcement. Parishioners say they didn't know of the deadline and weren't allowed to see their decree (official document with information on the closure) until December 22, 2014.

Parishioners are now asking the archdiocese for a shrine or chapel in honor of Dorothy Day, a former parishioner who's on the road to sainthood. Day is also the co-founder of The Catholic Worker. They submitted an official request to the archdiocese two weeks ago.

Read more about the Nativity's request for a shrine for Dorothy Day in the Times here and The Wall Street Journal here.

As part of the Roman Catholic Archdiocese of New York's massive reorganization, the Church of the Nativity is merging with Most Holy Redeemer on East Third Street between Avenue A and Avenue B.

The Church of the Nativity is located at 44 Second Ave. between East Second Street and East Third Street. Church supporters think the property will be sold, "since it is in a prime spot at Second Avenue and Second Street that is attracting more affluent neighbors," per the Times.

The final mass will take place on Friday at 7 p.m.

Parishoners weren't permitted to see the decree; were kept ignorant of the deadline to appeal. Push God outa the way; let the money roll in.

NYU dorms? Any truth to the rumor that La Salle is selling also and trying to get a buyer for both properties together.

There is no one there. It's become a private club for a few people. The neighborhood is transient. And going to church is passe for many. I hate to see the churches close. We lose our history and a place to be with God... But there is no one there. I hope the diocese makes good use of the property... Maybe a senior center... assisted living project. Something more than high end apartments.

Remember, they tried to demolish St. Brigid's a few years ago, too; somehow the community rallied around it and saved it. Maybe they'll at least be able to put up a memorial to Dorothy Day.

I hope the diocese makes good use of the property... Maybe a senior center... assisted living project. Something more than high end apartments

Good luck with that; I'm sure it's only going to be more luxury apartments. Maybe an 80/20 mix—designed to become 100% wealthy within 10 years.

Sadly, the Catholic church hasn't kept up with the times, so I am not sorry to see them go. When they embrace gay people like me and treat women equally, I will be happy to talk. ;)

I guess the history and culture of the EV is now finally disappearing. Sad.

To CMarty: no one there? Have you gone INSIDE? It's a small parish with 300 parishioners that attend daily mass and THREE masses on Sundays. You are misinformed. There are people INSIDE!

The fewer churches, the better. It's the 21st century, people.