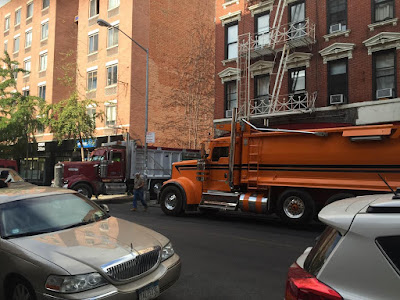 The onetime Croxley Ales beer garden is now a full-on construction zone again. Work has resumed at 26 Avenue B between East Second Street and East Third Street, where there are plans for an 8-unit, 6-floor residential building. 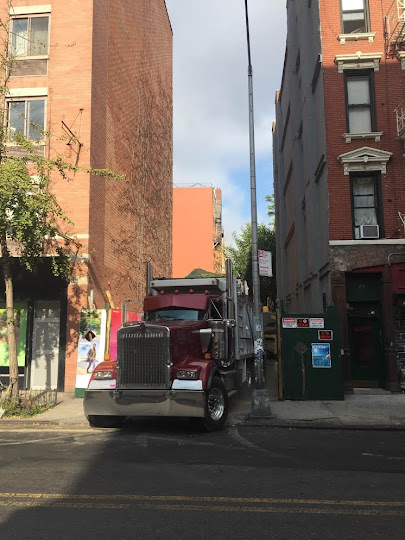 Work stopped in April 2013, after excavation here caused the evacuation of the residents (and Croxley Ales) next-door at No. 28. A resident at No. 28 started to notice cracks in her ceiling after construction began, DNAinfo reported. Debris also reportedly fell from the building.

The current rendering on the plywood still shows the building next door … with a completion date of — !!!!!! — January 2016. 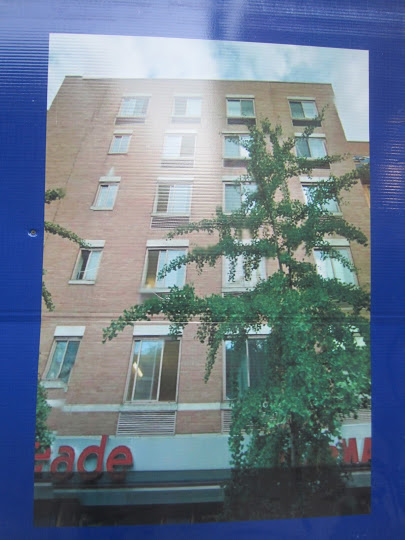 Is 26 Avenue B ready for its new building now?
Posted by Grieve at 4:20 AM

Email ThisBlogThis!Share to TwitterShare to FacebookShare to Pinterest
Labels: 26 Avenue B, new buildings

As I woke up this morning to the sound of blue jays squawking and the big dig coming from 14th street my advice to those living next door, get ready for 6 days per week hell.

I live next door. It's fucking hell.