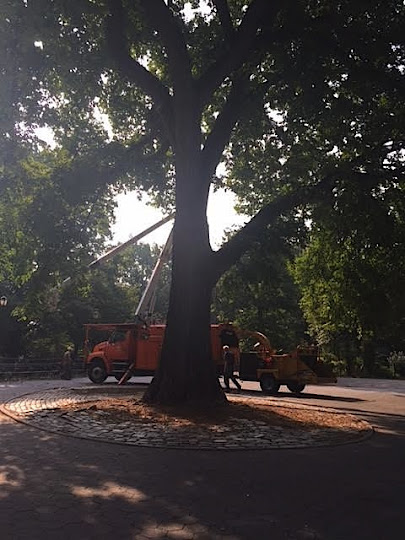 A bit of a startling sight this morning when a tree crew towing a shredder pulled up to the Hare Krishna tree in the middle of Tompkins Square Park.

Workers were there, though, just to inspect the American Elm, which was the site of the birth of the Hare Krishna movement in the United States in 1966. 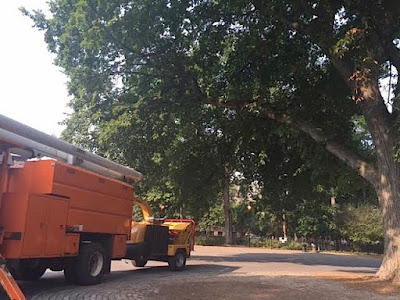 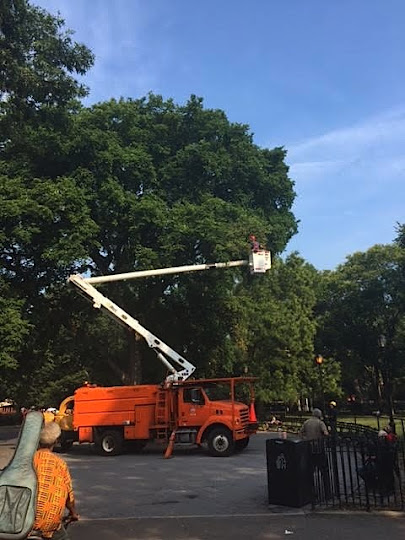 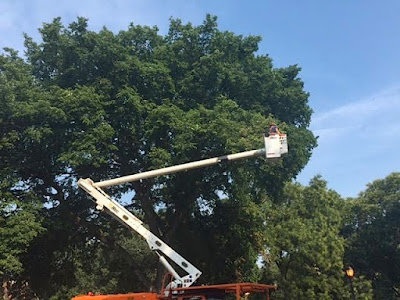 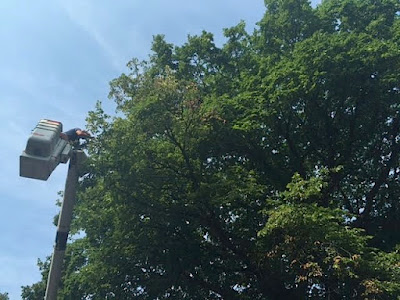 EVG contributor Steven, who took these photos, talked with one of the workers, who was checking the tree for Dutch Elm Disease. He said that the tree is sound, though he did have to remove a few suspect branches...
Posted by Grieve at 1:44 PM

I believe they are scouting locations for my new pedestrian seating area tree houses. Splendid!

I would have thought the police tower could have inspected most of the trees a couple of months ago and saved some tax $.