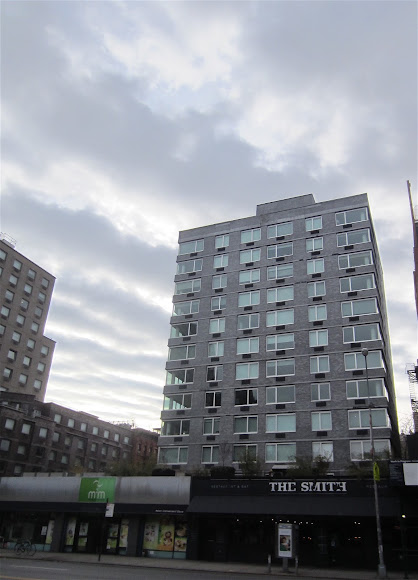 Now, it looks like a 2016-era dorm here near the NYU student housing along this Third Avenue corridor.

In any event! The building is now on the market.

As you may recall, The Benchmark Real Estate Group bought the place in late 2013 for a whopping $57 million.

Now they are asking an even more whopping $65 million for the luxurified building.

Per The Real Deal, who first reported that the 54-unit residential component was for sale:

As part of a gut renovation of the residential portion, the company constructed a three-story building on an adjacent vacant lot that now serves as a lobby and amenity space including a fitness center, yoga/meditation room and massage room. The overhaul included an upgrade to the exterior façade and windows and the addition of condo-like features to the apartments.

The building... has more than 53,000 square feet of residential space, not counting the 4,000-square-foot addition.

Rents for the 37 one-bedroom apartments average $5,600 a month, while the nine two-bedrooms and eight studios average $7,500 and $3,600 per month, respectively.

Eleventh and Third indulges in some nonsensical branding

Rebranded 'Eleventh and Third' will have rentals upwards of $10k 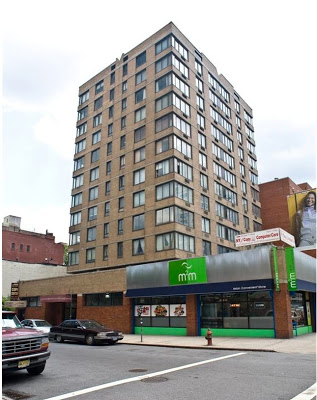 This seems like an episode of Flip Or Flop but on a much bigger scale. Looks like the flippers might pull this off in this rental market.

Too bad it's located where Frat Ave and NYU Way intersect. Check out the neighborhood at night before buying.

That's a terrible return on a 3 year, 57mil investment.

$57 million does not include a head to toe renovation and the construction of the additional building. I can only imagine what that must of cost present owner then add in the lost rent for the entire building for the year or so renovation time. That $12 million margin might be closer to $6-$8 million which is not the percentage of a good investment.

There is no way that renovation was done for $4-6 million. But all of the math is wrong anyway. The owners turned the retail space into a condo and sold that separately for $25MM.

Only a complete mook would pay those rents in that location.

Exactly. I'd never live there because of the frat bro scene. It is overrated and the building itself is overpriced. No thanks.

Going from tan-brown to flat-middle-grey seems to be a great way to change the building's aesthetic from New York 1970s to... well... East Berlin 1980s, maybe?

Some one please prick this bubble before more dicks get into the game.

How much are the apartments? The ceilings can't be over 8 feet tall. I have a feeling they're going to have some trouble selling.