A muni-meter moment on Avenue A 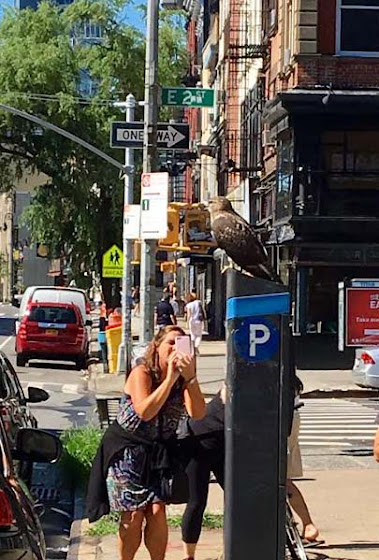 EVG reader Melanie shared these photos from yesterday... the story begins when one of the juvenile red-tailed hawks, venturing further away from the confines of Tompkins Square Park, flew into the windows of New York Sports Club on Avenue A between Second Street and Third Street.

It then flew on top of a car and eventually landed on a muni-meter. Onlookers couldn't tell if the hawk was injured or just momentarily stunned... the hawk eventually flew off 10 minutes later... 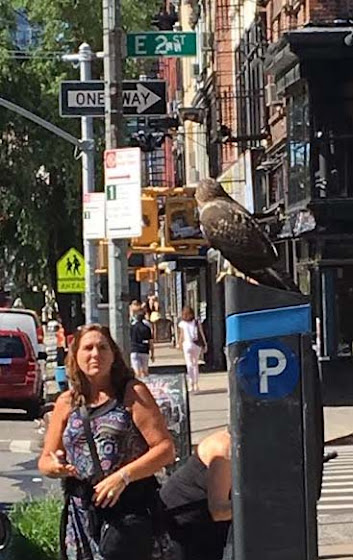 And the more glass highrises that go up, the greater dangers to birds. I'm glad this hawk appeared to be ok. Last year, we lost a young hawk when it flew into the windows of the Death Star.