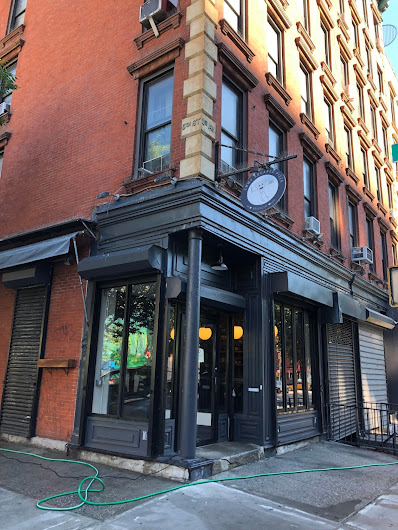 Emmy Squared is opening today (not sure what time just yet — and only for dinner) at 83 First Ave. at Fifth Street, per the door signage. (Thanks to EVG reader Puddy for the photo below...) 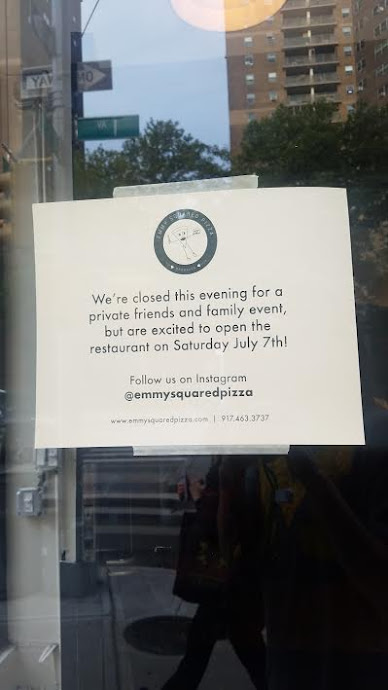 The popular Williamsburg-based pizzeria specializes in Detroit-style square pies and burgers. (You can find the menu here.)

The corner space was previously home, for 26 years, to Three of Cups.

Emmy Squared was originally thought to be taking over the GG's storefront on Fifth Street between Avenue A and Avenue B. That space, however, has remained dormant since GG's closed on Dec. 23.

A rep for Emmy Squared owners Matthew and Emily Hyland told Eater in March that they are considering the GG's location for a new restaurant concept. The Hylands also operate Emily over on Downing Street.

After nearly 26 years, Three of Cups is closing on 1st Avenue; Emmy Squared arriving next?
Posted by Grieve at 10:34 AM

Detroit-style pizza from a Williamsburg pizzeria whose founders met at a school in Rhode Island, and which also for some reason has a location in Nashville, Tennessee. Now that’s what I call an East Village institution.

Many moons ago, this place was a French Bistro. But you'd have to be close to 70 to remember this.