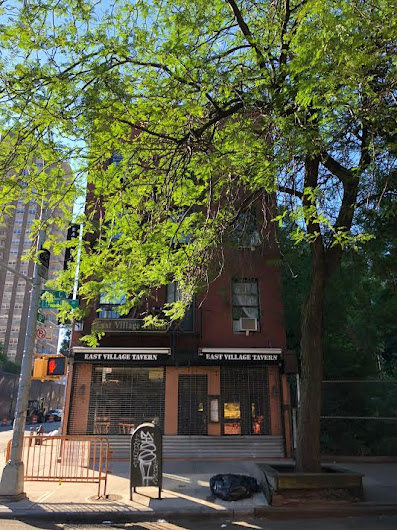 The next iteration of the East Village Tavern, now a Mexican restaurant and sports bar, officially opens today on Avenue C and 10th Street ...

OFFICIAL DATES!: We are happy to announce, we will be officially opening our doors on Monday, July 9th! We will be hosting a party on Wednesday, July 11th from 5pm-10pm for friends & family (if you don’t fall into either of those categories yet, we’d love to have you anyway!) We’re ready to make some new friends & good memories! We can’t wait to see you! 💀🌹🥂 • • • #eastvillagetavern #eastvillage #fiesta #wereopen #bar #restaurant #hungry #thirsty #happyhour #diadelosmuertos #party #grandopening #specialtycocktails #cerveza

Per the Yelp description: "Conceived in 2018 by 5 friends from the restaurant industry, we are excited to reintroduce the East Village Tavern to the neighborhood as an authentic Mexican restaurant and American sports bar."

The listed hours of operation are 11 a.m. to midnight daily; until 2 a.m. on Friday and Saturday.

The previous East Village Tavern closed in November 2016 after eight years in business. Bar management blamed a disagreement with landlord Steve Croman for the closure. (A Croman rep reportedly said that the owners were behind on rent.)

Since then, several applicants unsuccessfully tried to open new concepts in this space, including the operators of a Miami-based restaurant called the Irish Times Pub and Eatery as well as a jazz club called the Snow Leopard.

Shawn Chittle shared these photos from a soft opening the other evening at the new EVT ... 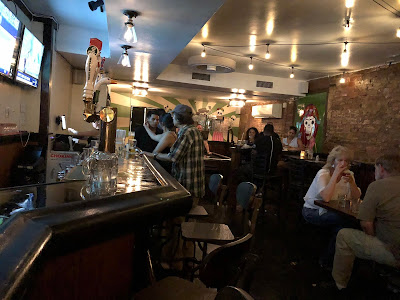 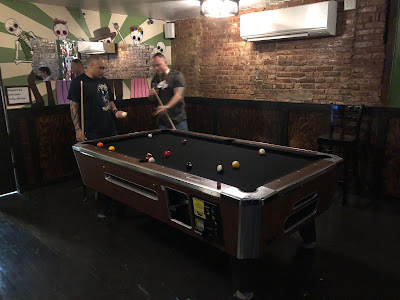 Shawn notes that this will be the first bar on Avenue C with a pool table since Duke's closed at the end of 2011.
Posted by Grieve at 4:03 AM

Will the outdoor seating return as well?

That space is pretty claustrophobic for a restaurant.

I went by yesterday for a couple beers, so I can't comment on the food. The owners that I spoke to were really nice. They said they're hoping to be a positive impact on the community forgoing things like bottomless brunches. The space is setup nice and it will feel familiar to those who frequented the place. There are a couple fewer TVs, so hopefully it won't be too much of a sports bar. Also, no jukebox pre SLA stipulations.

Went by yesterday for the "fiesta", was greeted with blank stares and overall lack of enthusiasm, no party vibe at all.

This is great. I plan on swinging by for a beer every now and then. Gotta support peoope who are trying to make a vacant space work after so many years.