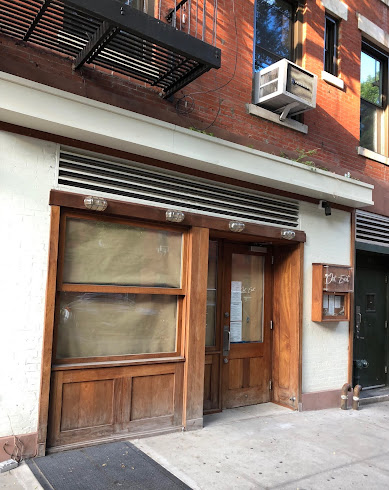 A co-owner of Grey Lady on Delancey Street (and Grey Lady East in Montauk) is among the applicants vying for a new liquor license for the former Out East Space on Sixth Street, according to documents on the CB3 website.

There's not much information about what type of restaurant applicant Callum McLaughlin tends to open at Out East, which closed without any notice after eight months in business last December here between Avenue A and Avenue B. CB3 describes this as a sale of assets.

Presumably the new venture will be a seafood-centric spot similar to the Nantucket-style food served at Grey Lady. (McLaughlin is a Nantucket native.) New York magazine says the Grey Lady's "brief menu is a pleaser." Out East aspired to have a (new) Montauk beach vibe. 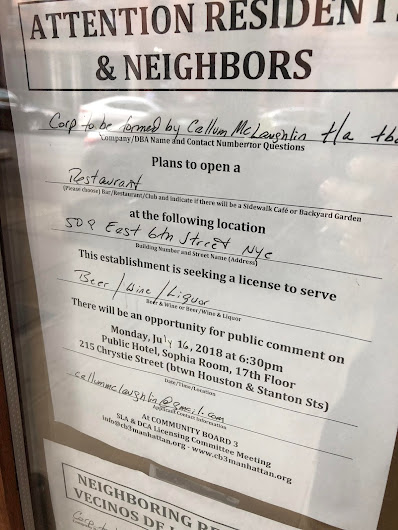 The CB3 questionnaire shows proposed hours of 5 p.m. to 2 a.m. Monday through Friday, with an 11 a.m. opening on Saturday and Sunday. The bi-level space has room for 38 tables — seating 96 diners. (There are also two, 10-seat bars on each floor.)

McLaughlin previously looked at opening an oyster bar and restaurant on the Upper East Side in early 2017. Those plans apparently never materialized.

Previously on EV Grieve:
Former Out East space for lease on 6th Street
Posted by Grieve at 4:30 AM

Same douchery as the Out East place. Learn from Out East - yuppie and fratty douchery not wanted.