Mikey Likes It remains closed on Avenue A 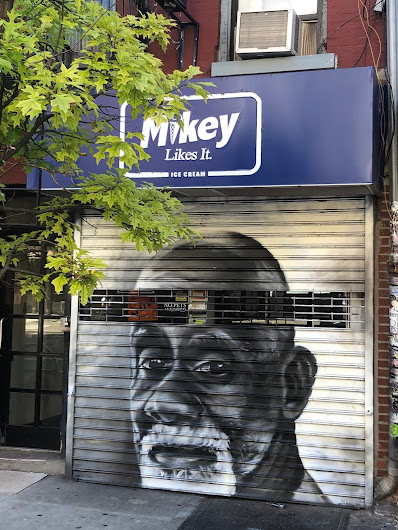 Last Thursday, the New York State Department of Taxation and Finance seized Mikey Likes It for nonpayment of taxes, per the legal notices on the ice cream shop's front door on Avenue A between 12th Street and 13th Street. 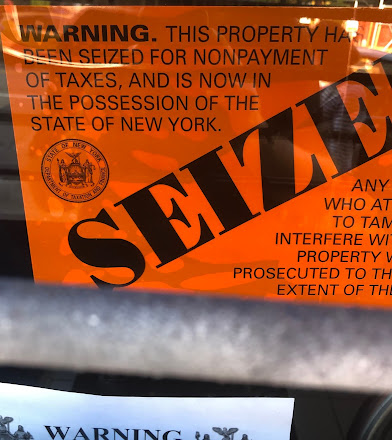 More than a dozen readers sent along photos of the closed gate ... the readers expressed hope that founder Michael "Mikey" Cole is able to get the shop up and running again.

Cole started the business from his parent's StuyTown apartment, where he grew up. He later opened his first outpost here on Avenue A in 2013 ... and later expanded to Harlem.

Mickey's took to Instagram to address the closure... noting the Mikey's truck is in action, though the shop will be closed for the rest of the July 4 holiday week ...

We are restructuring our stores and will be closed this week until further notice. We will be updating everyone on the location of the truck daily. Sorry for the inconvenience. Stay Tuned! 🍦👍🏿

taxes are a bitch! support!

Oh no! I hope Mikey can get this situation resolved soon. I can recommend an accountant if he needs one.

that sucks. i wish him luck getting back in the game.

If it's not the taxes, it's the landlord.

@10:21am is right - you HAVE to pay the landlord to be able to stay open & earn money, so you hold off on paying the taxes, thinking you'll make enough to pay both in the long run, but it doesn't ever even up. So yes, it's not the taxes, it's the landlord.

More to the point, it's the egregiously high commercial rents in NYC that cause many small businesses to fail.

Nooo! Hope Mikey reopens soon. I will cheat on my diet!

Mikey is the best, i hope they fix this soon!