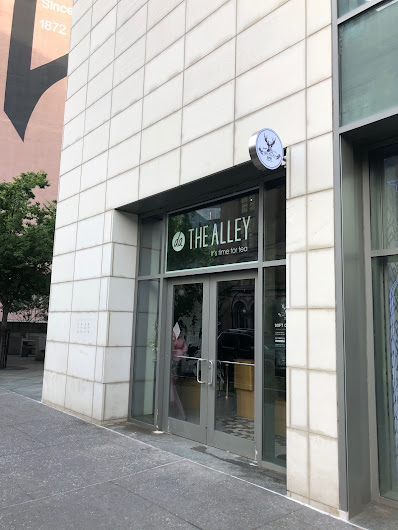 The Alley debuted on Sunday at 68 Cooper Square (across from Cooper Union). As previously noted, this is the first NYC location for the growing Taiwanese bubble tea chain.

After a few days of a soft opening, the Alley will be full time starting on Saturday. 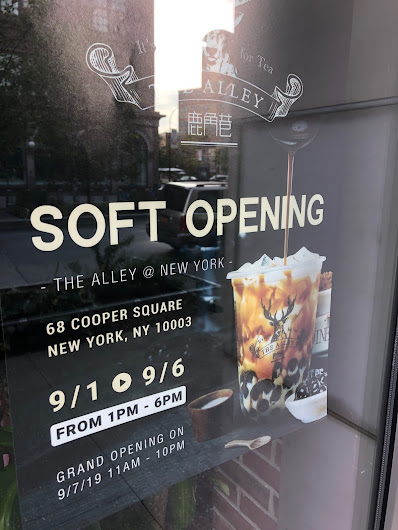 As Eater previously reported on the Alley:

With the aid of social media, Alley’s Instagrammable sweet drinks and decor have attracted fervent milk tea lovers to line up for hours for a sip of tea whenever a new store opens. Chinese people coin tea shops like the Alley as the “internet celebrity tea,” meaning the tea goes viral overnight on social media, like internet celebrities.

In the upcoming New York Alley, customers can pick a drink from a menu of two dozens teas that range from bubble tea to fruit tea. “Brown sugar deerioca” — the brand’s logo is a deer head — is a signature milk-based sweet drink with no tea in it. Alley’s other popular drinks are made of fresh milk and local black or green tea. The tapioca pearls, or what the Alley calls deerioca, are made by the restaurant.

Speaking of lines, EVG reader Sheila shared this photo from Sunday... she counted about 40 people waiting to enter... 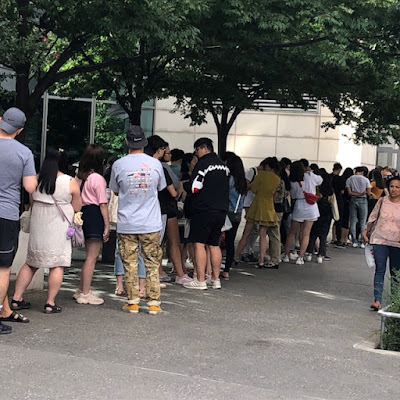 Email ThisBlogThis!Share to TwitterShare to FacebookShare to Pinterest
Labels: bubble tea, The Alley

How much bubble tea can New York take?

Is Bubble Tea still a thing ?

A line for that? Seriously? The only word that comes to mind is: sheep!

Some New Yorkers are such suckers. Who would stand in line for a bubble tea? Is it supposed to be a holy drink or what?

10 years of reading this blog with my lunch and I'm still no closer to knowing what the hell is in a bubble tea. That and poke bowls.

There are 5-6 bubble/fruit tea places within 5 blocks, several within a block of each other. They are always filled with Asian customers, rarely others. The demographic they are trying to reach is clearly not the typical EVGrieve reader, but it does say something about the changes in our neighborhood (along with the proliferation of Chinese restaurants on 2nd and 3rd Avenues. NYU has tripled their Chinese nationals enrollment in the last several years and former students are returning to the EV to live and fund young chefs.

Why so much hate about bubble tea? Is that bc u never tried one? help urself pls...