Where are they now? Hells Angels edition 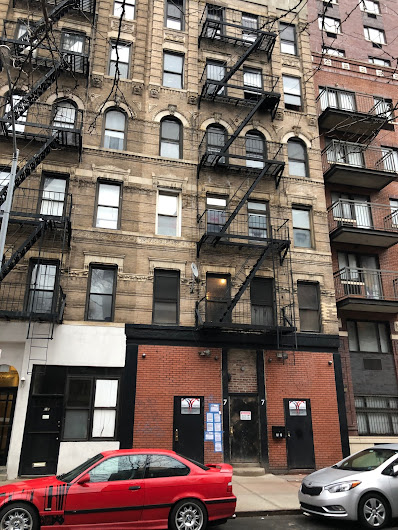 The Hells Angels, who left the East Village after nearly 50 years last March, have a new home in the Bronx.

According to NY1, the club resurfaced in Throggs Neck, a neighborhood in the southeastern portion of the Bronx.

“Besides the noise that we’re going to receive now, how about property value? It has to go down. It’s a gang. Who would want to buy around here knowing that you’re going to move right next to a motorcycle gang,” said Alejandro Caban.

But some are giving them the benefit of the doubt.

“At first I was a little worried about it, but then I felt good that we’ll have a presence. Maybe it will keep some of the bad people away. Recently, we had people try to get into cars. Maybe these guys will make them think twice,” said Tony Rugnetta. He lives just a few doors down from the new clubhouse.


Meanwhile, back in the East Village, renovations continue at 77 E. Third St., their former clubhouse here between First Avenue and Second Avenue.

As previously reported, workers are converting No. 77 into 22 one- and two-bedroom units with an expected price point of $3,500 a month following a $2 million renovation. There was also a report that the ground floor will house two retail spaces.

The 6-story building is now owned by Better Living Properties.

The last of the members moved out last March. The Hells Angels had No. 77 in their possession since 1969.

• The Hells Angels have left the East Village
Posted by Grieve at 4:10 AM

Honestly. Who gives a f**k? They were a scorn to the neighborhood with their countless bullshit. We used to dump cars in front just to cause problems. Good riddance.

I thought they moved to that church on Long Island? Reported so here?