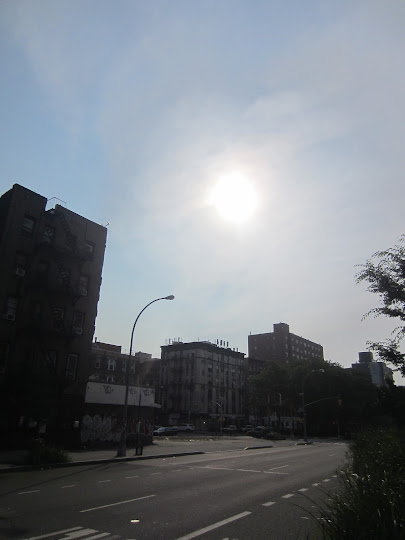 The Mobil station at Avenue C and East Houston closed last September. (Recent media reports said that the BP station on Second Avenue at East First Street was the last EV gas station. They shut down at the end of June 2014.) 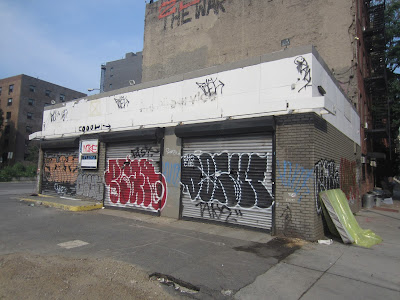 As for the all-new 11 Avenue C… last we heard, Lloyd Goldman's BLDG Management had designs on a 10-story building with a retail component on the oddly shaped lot, according to the Commercial Observer.

Previous plans called for a 9-story building. Either way, nothing seems to be happening with that application, which the DOB rejected in April 2014 for incomplete drawings, per city records. 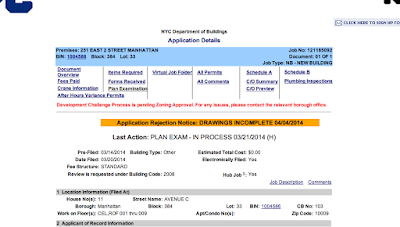 Meanwhile, back at the station… we never noticed this before… but someone punctured holes in the garage doors… offering a glimpse inside... 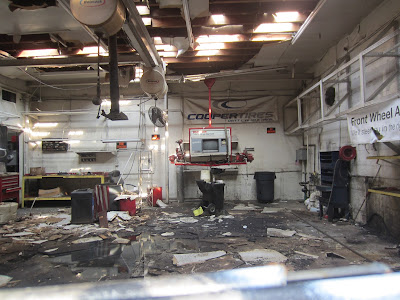 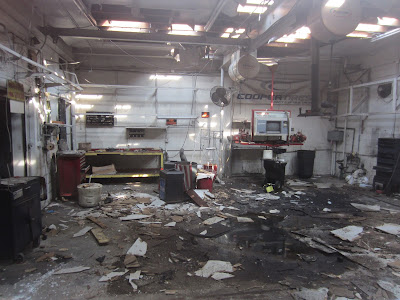 Also, as previously noted, the building adjacent to the station at 249 E. Second St., arrived on the market in the spring — air rights included — for $6.95 million. 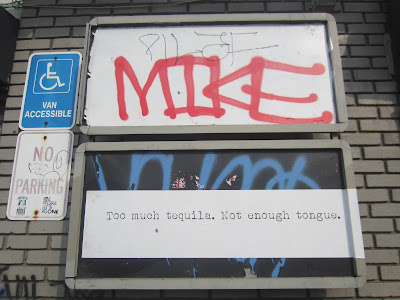 Our cars were inspected for years at this station by Darryl, the manager. Very sad to see the place close.

Seriously, it's a dead gas station. It's not your mother's grave. It's just not that goddamn special. Chunks of the city can't just be cordoned off to serve as a tomb for your youth.

When they put up another shitty tower I won't be able to see the sky anymore. I live across the street and I'm not looking forward to the noisy construction and loud OMG girls/boys who'll be moving in. Currently, it's a pretty quiet block.

This company is unlikable in so many ways. Just read the blogs devoted to how poorly they treat residents, paying residents no less. Market rate, stabilized, all the same to those four letters. Creepy.