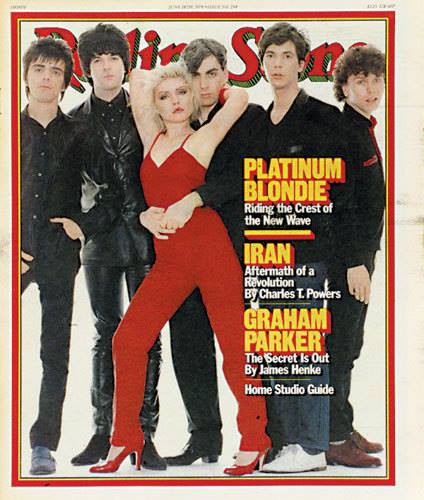 On Saturday night, Blondie opened for Morrissey at the Garden, and drew high marks. Per the Voice: "Blondie’s sound has become (and will continue to be) the soundtrack to generations of fans’ lives. Last night’s performance at Madison Square Garden was a reminder of why Debbie Harry and her band continue to keep their audience enthralled after all these years."

On Friday night, Harry was at 292 Gallery on East Third Street to hear Romy Ashby read from her new novel "Stink."

(I do not know what she did last Thursday night.)

I've been meaning to ask Debbie to marry me since high school. If you see her, please give her the message.

Ah, the golden years... now go and stand in line for a veggie burger. And drink your kale.