Been awhile since we checked in on 222 E. 13th St., the future location of the Bea Arthur Residence for homeless LGBT youth here between Second Avenue and Third Avenue.

Here's how the gut renovation is shaping up outside... 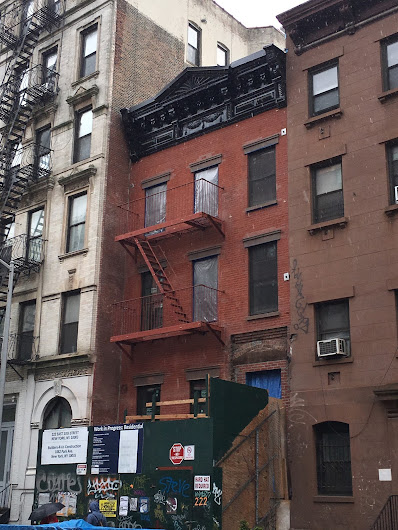 Per some previous posts:

Bea Arthur, who died in April 2009, left $300,000 to the Ali Forney Center, an organization supporting homeless LGBT youth, in her will. In 2012, City Council as well as then-Borough President Scott Stringer awarded the Ali Forney Center and the Cooper Square Committee $3.3 million for the residence.

And here's the rendering ... 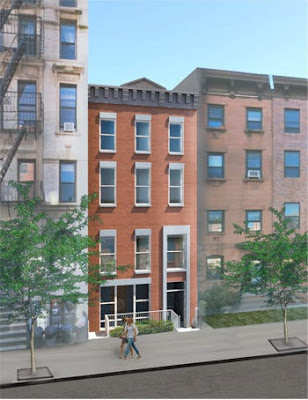 Carl Siciliano, executive director of the Ali Forney Center, told DNAinfo last month that renovations were expected to wrap up in June or July.

There are currently more than 200 young people on a waiting list for the facility, which has an 18-resident capacity.

The residence will provide on-site counseling and case management for gay and transgender youth, as well as help securing employment with the goal of eventual financial independence.

"What we really focus on with our program is helping them get jobs," said Siciliano.

"What we ask is they put a portion of their income in bank accounts so when they leave the program they have several thousand dollars saved up...a lot of what happens in the program is preparing people ot live independently, on their own."

Groundbreaking today on East 13th Street for the Bea Arthur Residence for homeless LGBT youth
Posted by Grieve at 4:15 AM

But what about the lanai?!

A small glimpse at what our city use to have, taking care of those in need, providing services and shelter.

Thank you for being a friend.