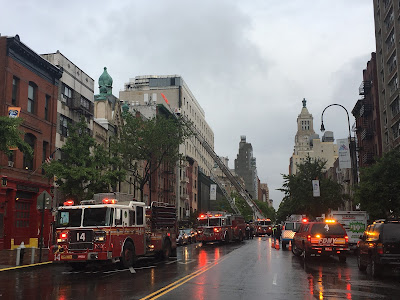 A two-alarm fire tore through 328 E. 14th St. early this morning. According to the official FDNY Twitter feed, the fire started just before 6 a.m. in the ground floor, which is home to Artichoke Pizza here between First Avenue and Second Avenue.

A large number of firefighters were congregated outside what is Artichoke's dining room... 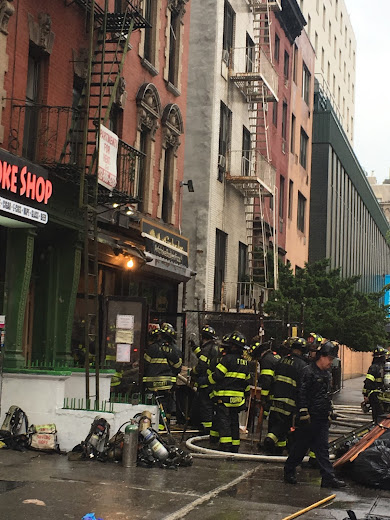 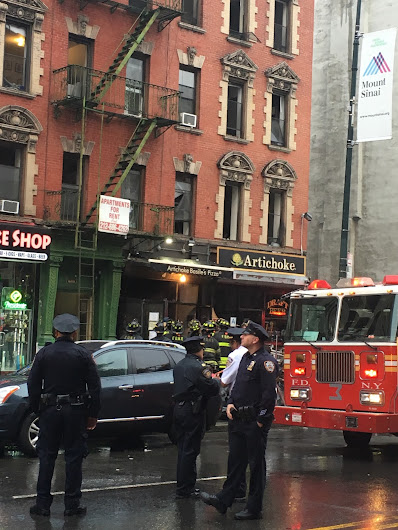 The damage extends to the second and third floors of the building... 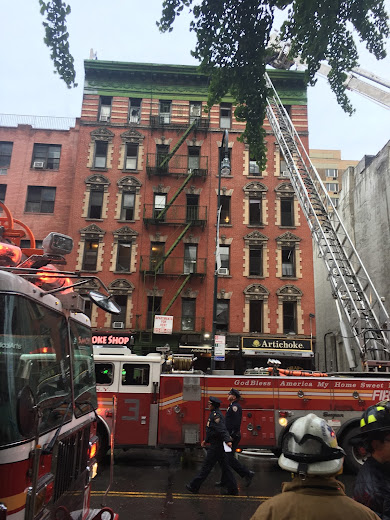 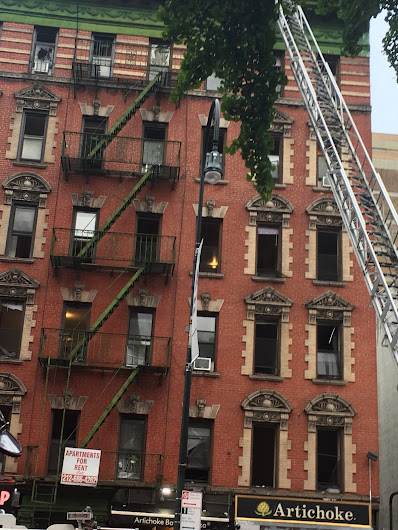 No word just yet on cause or injuries or extent of the damage. As of 7 a.m., the NYPD still had 14th Street closed off between First Avenue and Second Avenue. 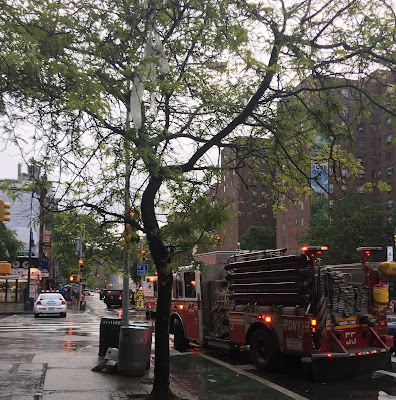 Artichoke is planning on opening in a new location directly across the street from here. Artichoke debuted at No. 328 in 2008.

The Daily News reports that the fire caused "extensive damage" to Artichoke.

Witnesses said that the fire started right around its 5 a.m. closing time.

"I woke up to drunk girls on the street eating pizza and taking Snapchats, saying 'Holy s--t! There's a fire,'" said Morgan Crouse, 25, who lives above the pizzeria.

The story in the Post noted this: "One fire source said it did not appear to be intentional."

wow, that looks bad with all the windows bare like that.

Wow drunk youth eat exotic pizza at 5am in the morning....???

That's my landlord's other building, the one he's always pressuring me to move to. And Artichoke is leaving? Hmmm...

I hate to say it, but after the synagogue fire a few weeks ago, I'm more suspicious of fires that could be helpful to someone. Nothing like insurance money to help fund the move across the street?

I feel bad for everyone in that building. I don't know how anyone lives over a restaurant or a bar, especially a place that is open into the wee hours of the morning and caters to the neighborhood partygoers.

I had no idea Arte was open until 5, I guess my days of looking something to eat after a night out was long ago. Weren't they suppose to have moved across 14th street by now?

I live above a 99 cent pizza joint that closes at 4am on the weekends. It's a delight when the bars let out.

So what happens to everyone who lived upstairs? Those photos show a lot of
broken windows & the damage would seem to be quite extensive.

Grieve, can you update us as to what the situation is with people who lived upstairs there? It seems like people must have been displaced.

Its called the city that never sleeps for a reason. If you don't like it move to the suburbs.

Its called the city that never sleeps for a reason. If you don't like it move to the suburbs.

Ooh, aren't you Mr. Helpful! Where were you when all those people got blasted out of their homes on 2nd avenue? You must have had an earful for someone!

A good majority of where the apartments' windows used to be now have plywood instead.

Few of us have been displaced and need to find a new home because of the extensive damage to our apartments..

" If you don't like it move to the suburbs."

The move to line. It's been a while. Classic DB.

A fire on a street which is slated for massive development.

Did your landlord help in anyway?