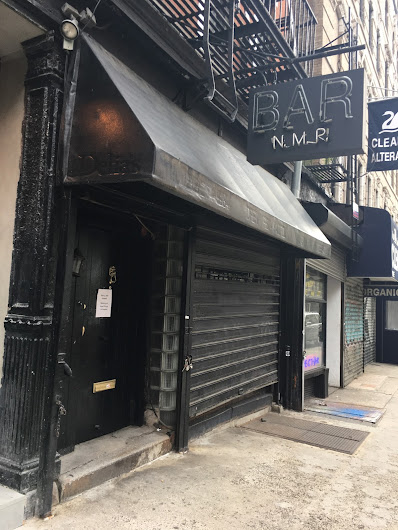 As previously noted, No Malice Palace, the bar on Third Street just west of Avenue B, has not been open this year. (There were reports of a few parties, according to a neighbor.)

Also, as of last summer, Northstar Properties is the new landlord, and they have been renovating the building at 197 E. Third St.

In any event, the bar remains closed ... the latest sign says they are "waiting on legal things to happen" ... 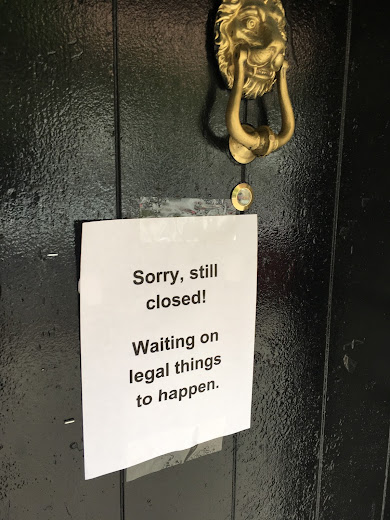 The State Liquor Authority lists this license as active through January 2018.
Posted by Grieve at 4:01 AM

Email ThisBlogThis!Share to TwitterShare to FacebookShare to Pinterest
Labels: No Malice Palace

Please... just stay closed. This place became a nightmare the past few years and is operating illegally anyway (their original liquor license was only approved for a restaurant but nobody noticed until they started doing horrendous promoted events and destroying the residential blocks quality of life).