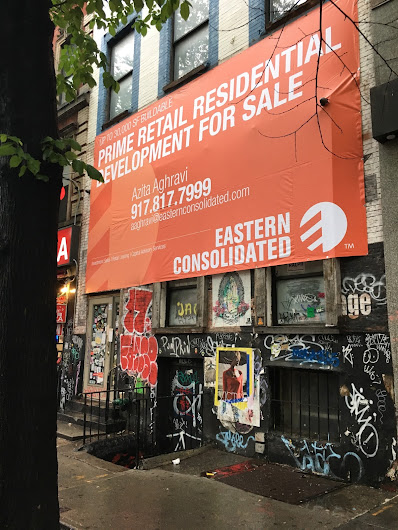 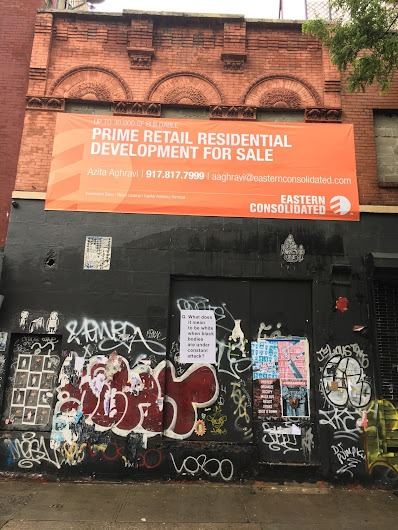 Landlord Carmar Development, LLC, had put the two-buidling parcel up for sale back in February. (We wrote about that here.)

Here's the new listing (PDF is here) via Eastern Consolidated:

The Property consists of two existing mixed-use buildings with frontage on both First Avenue and E. 2nd Street in the extremely desirable East Village. Both buildings will be delivered vacant.

The offering presents multiple options going forward including becoming components of a larger assemblage for a new construction development project, with up to ±30,000 buildable SF, redeveloping the Property by renovating and enlarging the existing structures or repositioning for a national retailer or user purchaser seeking to control a location for ±10,000 SF of multi-level retail and a mix of other uses.


Pricing upon request. The L-shaped properties were seeking $26 million back in February. (The properties were also available for net lease. That deal is no longer apparently an option.)

The sales materials include a variety of diagrams showing the development potential here... 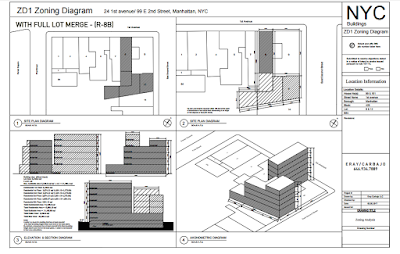 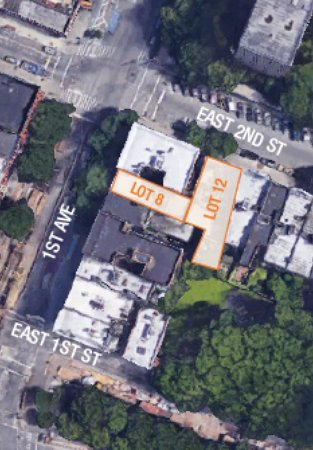 Onetime home of Lucky Cheng's and adjacent property on the development market for $26 million
Posted by Grieve at 4:30 AM