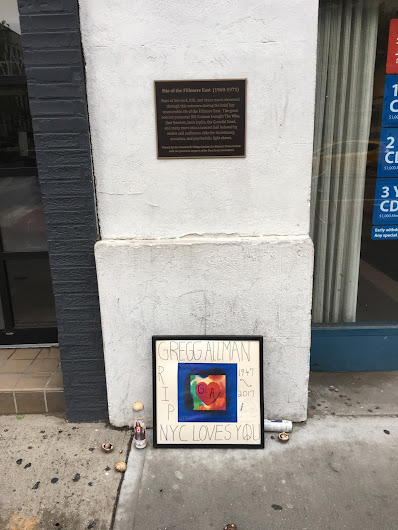 Someone left this homemade tribute to him outside the former site of the Fillmore East, the music venue on Second Avenue at Sixth Street where Allman and company were regulars... 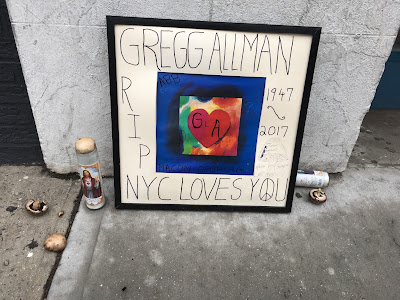 There are also some mushrooms. As Rolling Stone once noted of the band: "They ingested such vast quantities of psychedelic mushrooms that the mushroom became a band logo: Each member got one tattooed on his upper calf."
Posted by Grieve at 9:45 AM

There's nobody left to run with anymore. :(

Those Fillmore shows were an experience for a lifetime.