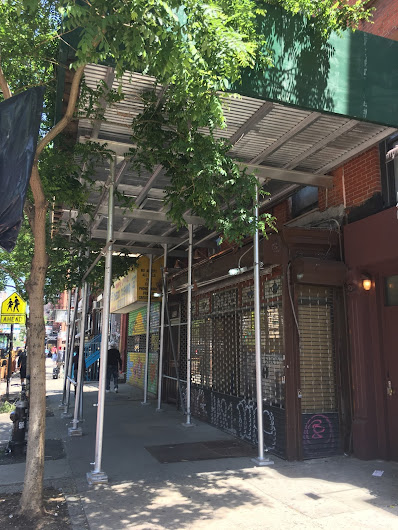 The sidewalk bridge arrived last week outside the future East Village home of Staten Island-based pizzeria Joe and Pat's at 168 First Ave. between 10th Street and 11th Street... and workers removed the large sign of the previous occupant, Lanza's... 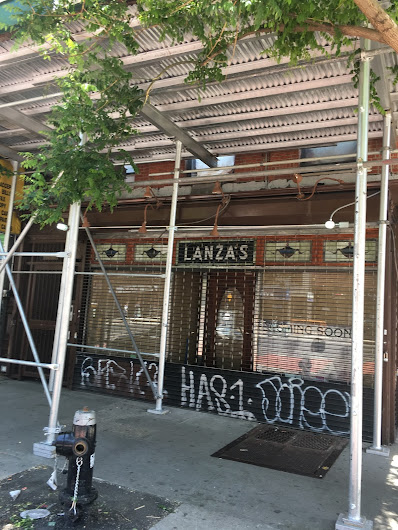 There's nothing on file yet at the DOB (except for a permit for the sidewalk bridge) to indicate what might be happening outside here. There is also a permit issued May 10 for kitchen renovations, including new plumbing and an updated HVAC system... (estimated cost per the DOB: $199,000).

No opening date just yet. The original Joe and Pat's opened on Victory Boulevard in Staten Island in 1960.

Previously
Posted by Grieve at 4:01 AM

With all these sidewalk bridges, I predict that in 30 or 40 years, the LES will have its own 'underground city', a la the Seattle Underground.

Hope they leave that original glass. I'm sure they will, they appreciate the heritage.

RIP Lanza's. I for one liked it and had some sweet meals there in recent years ... including with a Lanza family member who told me about her memories of the block as a kid...including playing with extended family at De Robertis a few doors down.