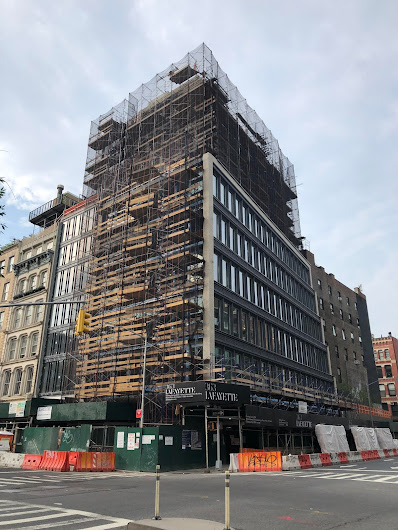 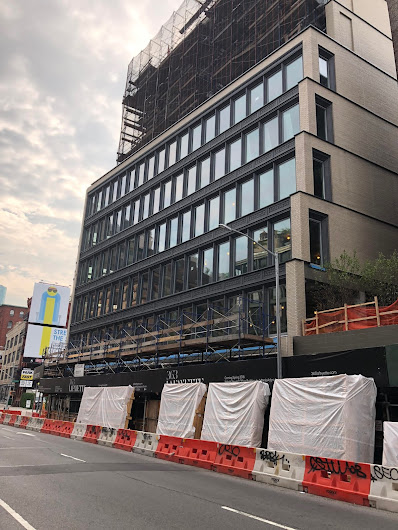 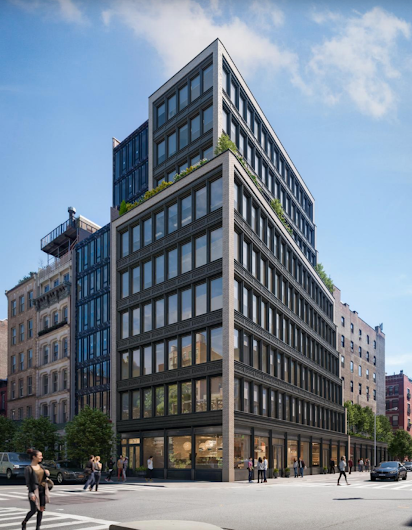 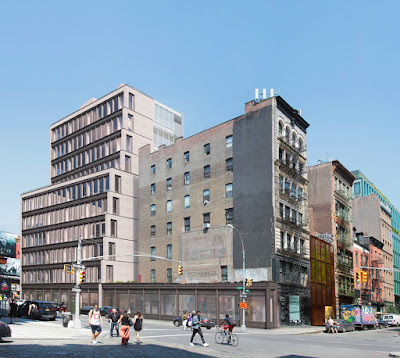 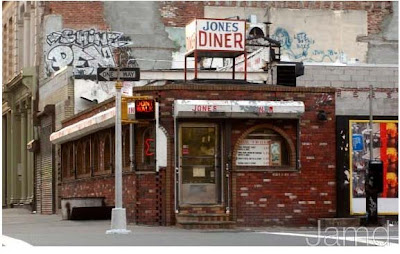 [Image: Spencer Platt/Getty Images]
Posted by Grieve at 4:00 AM

I may be one of the few commenters here who is ok with new development, as long as its tasteful and fairly to scale - i.e. A 7 story building among 6 story walk ups is ok in my opinion.

But this just looks like an uninspired office block from post-war Northern Europe. You could insert this building into the background of a Sean Connery era 007 film and I'd assume we were in West Berlin...

We're Movin' on up to midtown south.

It's amazing what's happening to Lafayette Street. With the new construction, upscale restaurants and shops it's Soho in Noho... Snoho!

Other new buildings on that block have done well to blend in and look good. How did this monstrosity get approved?

It's kind of ugly. Why is this firm into ugly colors? Just accentuates the ugly blahness/clunkiness of the design.