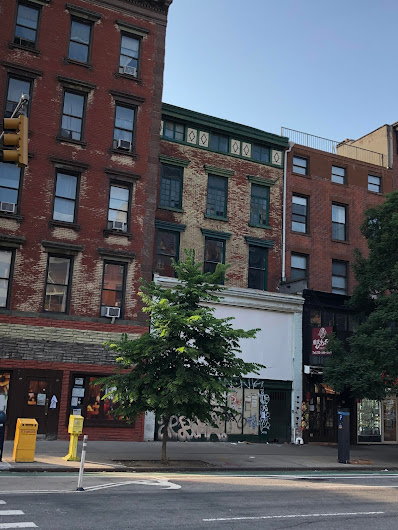 Tonight, CB3's Landmarks Committee will hear a proposal on a Certificate of Appropriateness for 84 Second Ave., the circa-1841 Greek Revival-type rowhouse (aka that rather mysterious building with a dark past) just south of Fifth Street. 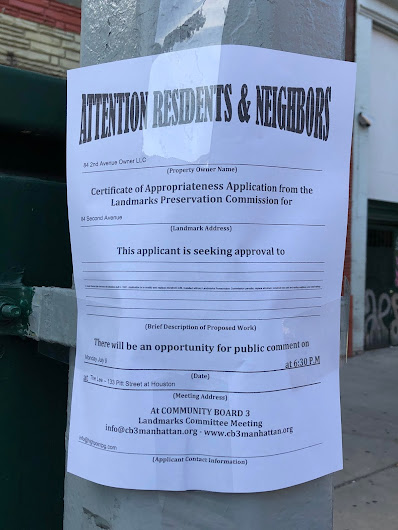 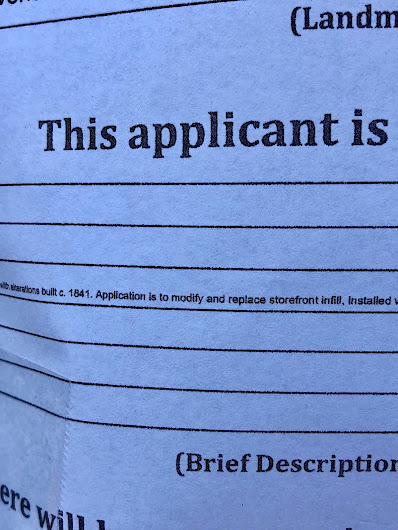 According to the alteration permits, filed with the city on June 28, the additions would take the building from its current 5,829 square feet to 8,439 total square feet. The modified No. 84 would feature new retail space as well as four residences.

If you're interested, then this 51-page PDF has all the details, including some historic photos.

This property changed hands for the second time in as many years back in May, selling for $7.8 million.

The previous owners were looking to make similar alterations to the building. In January, CB3's Landmark's Committee issued a partial Certificate of Appropriateness for the address.

According to the official minutes from the January meeting, CB3 approved the front façade plan and opposed the rear yard addition. Among other points, CB3 officials said that "great care should be taken to monitor this fragile building and its neighboring buildings." (There was also a petition in circulation in opposition to the planned alterations to the rear of the building.)

The Landmarks Committee meeting is at 6:30 tonight, taking place at the Lee, 133 Pitt St. at Houston.

A friend of mine lived on the 2nd floor behind the window display that used to face 2nd Avenue. Then she moved to LA. It didn't end well...... https://www.imdb.com/name/nm2985689/bio?ref_=nm_ov_bio_sm

I really doubt Betty Sopolsky (the owner of the building for the past 30 years) ever sublet or had a "roommate" in her family's building.