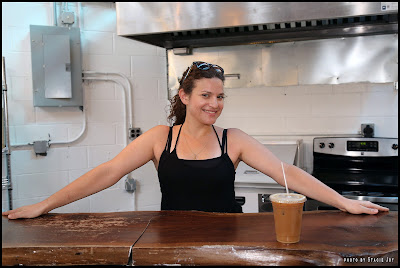 Prohibition Bakery, best-known for its variety of boozy mini cupcakes and desserts, shut down its operations on Christmas Day.

Leslie Feinberg, owner of the the bakery at 188 Suffolk St. just south of Houston Street, says she wrestled with the decision to close for about six months before deciding it was finally time.

The eight-year-old bakery business was most recently housed in the basement of Subject bar, which Feinberg co-owns. Feinberg talked with me about the history of the bakery, the challenges facing a small-business owner in NYC and her plans for the future.

Can you speak a bit about the history of Prohibition Bakery?

Prohibition Bakery was born during the recession, out of a combination of boredom, career frustration and wine. My former partner (a chef) and I met on a birthright trip. After realizing that we shared similarly wonky schedules — I was bartending and book editing at the time — we started spending a lot of time together, working through our 20-something angst, and exploring the growing dessert scene in New York.

We really were in the right place at the right time, as the city was just at the peak of the bell curve of the cupcake craze, and no one had really explored the idea of boozy baking beyond bourbon pecan pies and rum cakes.

We started out at the Hester Street Fair, and then quickly moved to a shop on Clinton Street, where the bakery resided for five years. The bakery’s lease ran out around the same time that my friend Matt Rush, the original owner of Subject, passed away from cancer.

His mom approached my partner in the bar, Brian Grummert, and I about buying the place. She really wanted Subject to go to someone who would respect Matt’s vision and legacy, which has been very important to us.

By this point I was running the bakery alone, and felt like it was time for a change. So rather than re-up my lease on Clinton Street, I decided to move everything over to the basement kitchen of Subject, and focus on catering and delivery.

It was, frankly, chaotic as hell. For the first few months, the bakery was still on Clinton Street, so I spent my days literally running back and forth between the two. But when all was said and done, it worked. 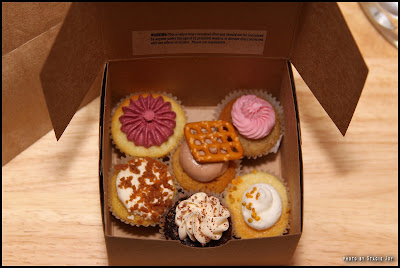 Why did you decide to close the business?

The decision to close the business wasn’t an easy one, but it was the right one. By most measures, we were wildly successful: eight years thriving in the difficult culinary climate of NYC, a cookbook, and awards and recognition from prestigious organizations.

Ultimately it had become an enormous drain of time and energy, and frankly had stopped bringing me any real happiness. I started the business because I wanted to do weird, creative stuff, bring people joy, and expand my culinary skills, but by the end it felt like the fun and weird stuff was falling on deaf ears, and that the dessert scene was moving in a direction that I wasn’t interested in.

I never wanted to be a trend-watcher, but that was what I felt was starting to happen, and that’s when I began considering closing our doors.

There was the great cupcake frenzy a few years back. Was there any backlash to that cupcake-crazed time?

I wouldn’t say there was a backlash from the cupcake craze; if anything, I credit finding a unique twist on a trendy product with our ability to grow and find success so quickly — we went from conception to storefront in a year. There was definitely some condescension from people in the food world, “Oh, cupcakes, how...cute,” but that was kind of to be expected, and never really bothered me.

What are some of the challenges of running a small business in NYC?

Running a business in NYC is, honestly, almost nothing but challenges. That can be extremely fun and exciting, but also be frustrating. Between all the regulations and licensing, which are far from transparent and seem almost designed to screw you up, rising rents, a complete lack of protections for small-business owners, and the insane level of competition, it can be exhausting.

Combine that with being in one of the culinary centers of the world, though there are many who would argue that title is fading, and you can really start to feel like an ant under a magnifying glass.

What was your favorite part of running the bakery?

One of my favorite parts of running the bakery was falling in love with the East Village and Lower East Side, and getting to really feel like a part of it. One of my former bakers, whom I still consider a friend, used to call me the People’s Monarch of the LES. I don’t think I’ve remotely earned the title, but am honored by it, nonetheless.

What are your plans now and what’s next for you?

Now my plan is to focus on the bar, and trying to spend more time enjoying my life and the people in it. I plan to keep baking professionally, but more custom and bespoke projects, which are my favorite, and will allow me more time to have a life. I’m getting married in May, so I guess I should probably start planning that!
Posted by Grieve at 4:30 AM

She sounds like a lovely and intelligent woman. I patronized this location a few times over the years. Wonderful product. Wish her the best!

Can we get a post that is more specific regarding the regulations and licensing issues? it seems like these issues are just as much of a problem as the landlord but they never get as much attention. Couldnt the city council make it easier for small businesses by easing up on these?

Wonderful interview that reveals the real challenges small business owners in NYC face. This right here says it all: "a complete lack of protections for small-business owners." #SBJSA

Agree! Would be great to see an EVGieve local redux on both drivers that allow landlords to sit so long on vacant space and that push small shop owners out of biz.

This was a great interview and a great post.

Sometimes good things come to an end and that's the way of them.