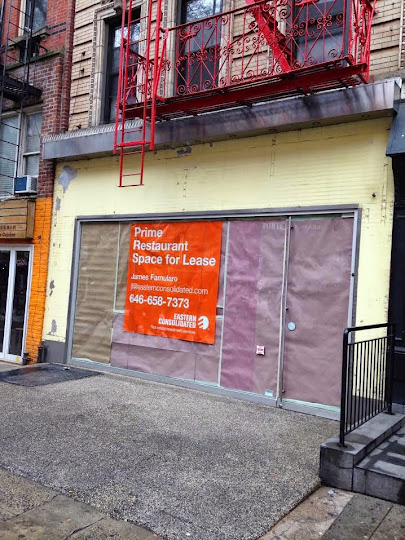 The familiar pastel color palette of the now-closed Pinkberry location on St. Mark's Place between Second Avenue and Third Avenue has been stripped away.

The storefront is for rent.

And no word on what happened to the main FroYo counter… 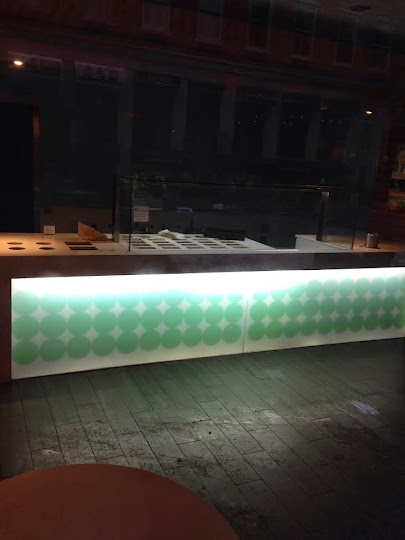 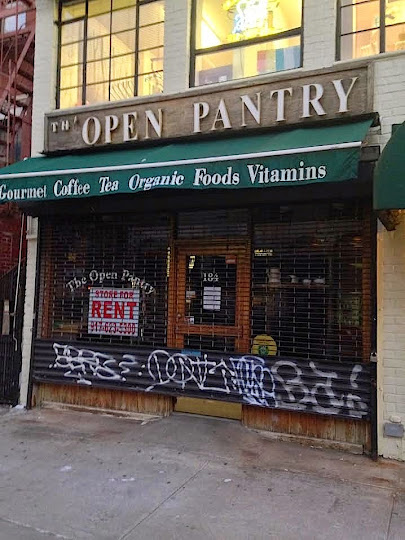 A for rent sign has appeared in the former Open Pantry window. The 45-year-old coffee shop/grocery at 184 Second Ave. between East 11th Street and East 12th Street closed after business hours on Jan. 31. The proprietors also own the building, and we heard rumors of them opening a new concept here. Looks as if they are testing the rental market first. 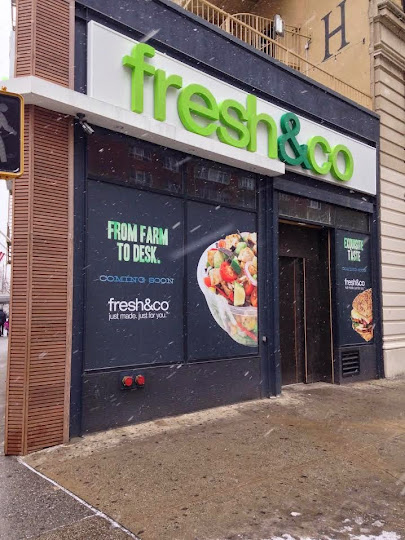 The Fresh & Co. signage has arrived on the corner of Fourth Avenue and East 13th Street. We haven't heard an opening date just yet for the kale-and-quinoa chainlet's 12th location in the city. 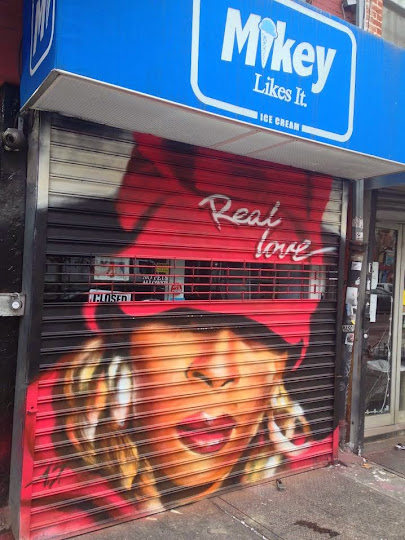 And as we like to do every month, we check in on the new mural at Mikey Likes It Ice Cream at 199 Avenue A near East 12th Street … this month's flavor is inspired by Mary J. Blige… 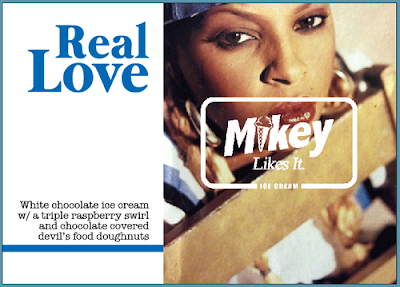 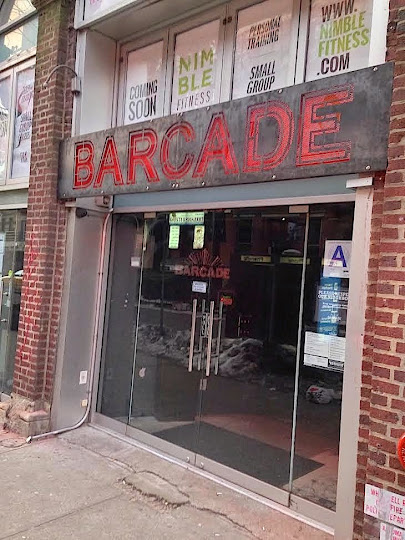 And just noting that a new sign for Barcade arrived last week at 6 St. Mark's Place. The craft beer-retro video game venue opened back in October.

(And yes — Nimble Fitness is taking the second-floor space of the building between Second Avenue and Third Avenue.)
Posted by Grieve at 4:45 AM

I joked around with the dad/owner of Open Pantry about opening a sports bar, since he said his plans were up in the air, and along with another lady in the store on its last day he made a sarcastic comment about the numerous sports bars in the nabe, so we'll see what waters he is testing.