Avenue A is for [construction] Action 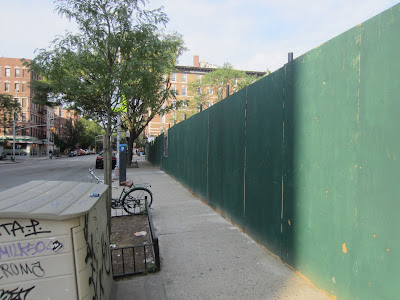 Work commenced last Wednesday at the former Mary Help of Christians property along Avenue A between East 11th Street and East 12th Street.

As you've likely noticed, Avenue A between East Sixth Street and East 14th Street is becoming an now an active construction zone. Let's tally it up... 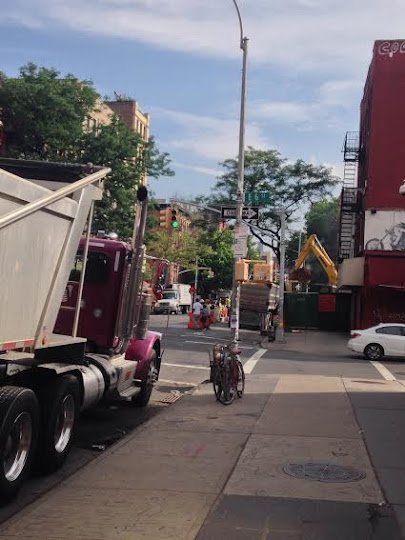 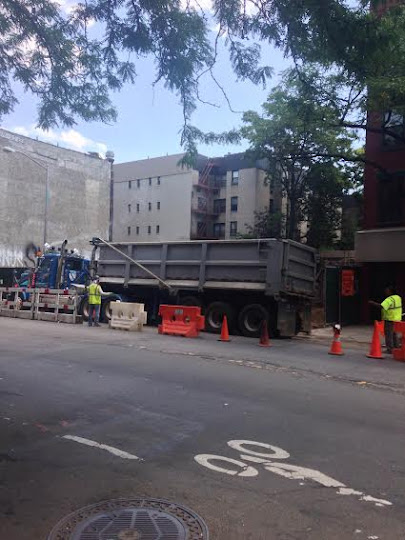 The new plywood and renewed construction activity arrived last week where the Mary Help of Christians church, school and rectory once stood ... where there will be a 6-floor mixed-use building with ground-floor retail and 82 market-rate condos via developer Douglas Steiner. 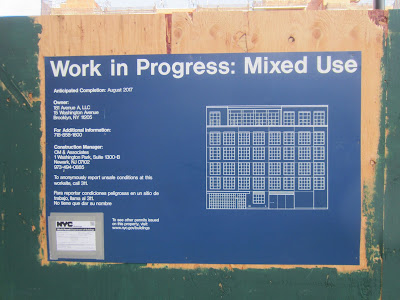 The rendering on the plywood notes that the project will be completed in August 2017... 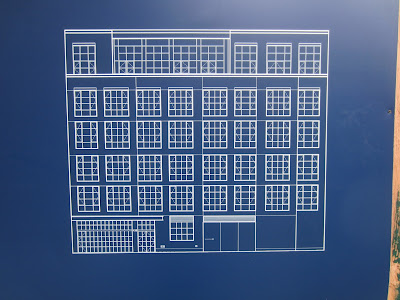 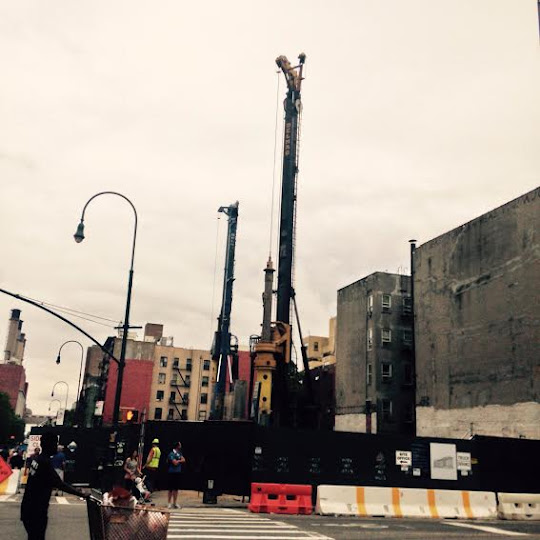 We're two months into the digging and pile-driving here ... the site will yield a 7-floor retail-residential building via Extell Development. 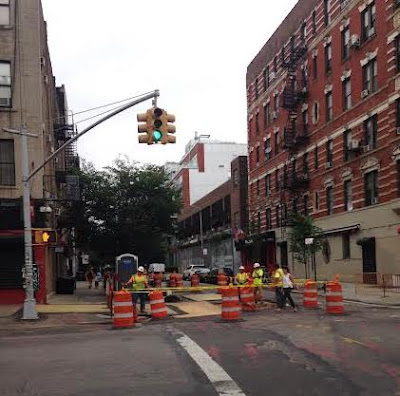 Whatever these guys have been doing at East 13th Street in recent months.

Ditto for the wall renovation at the East Side Community School on East 12th Street. 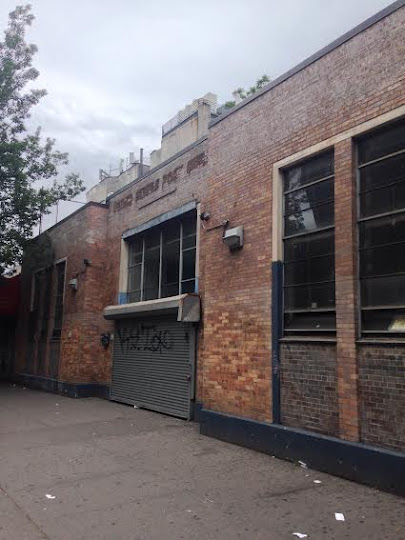 Avenue A and surrounding side streets should get even more construction at the former Peter Stuyvesant Post Office on East 14th Street. Plans are calling for an 8-story residential building with ground-floor retail here just west of Avenue A. In addition, there are two 6-story condos coming to East 13th Street between Avenue A and First Avenue.

I live on 12th street and there's been plenty of construction all around us for the past 2 years so morning begin around 7am with some sort of drilling, banging and noise from heavy equipment rolling down the street. Plenty more coming for the weary though it's like this part of the EV is being entirely rebuilt. sigh.....

One for all and all for the rich. The Bloomberg legacy rolls on. And De Blasio's confusing agenda will be of no help.

And not one single elected official looks at this and sees anything wrong. Amazing.

A is for Affluent.

The noise is disrupting my morning sleep even on Saturdays :(