Anna has left the East Village after 22 years 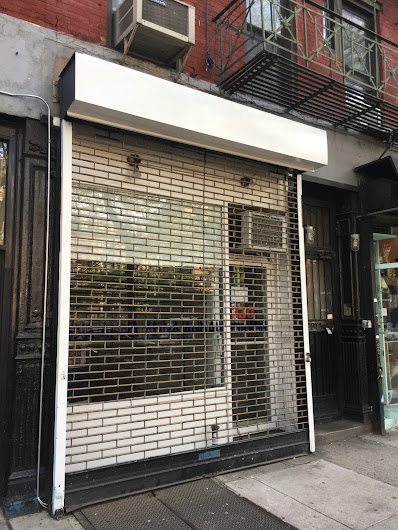 Anna has packed up and left 11th Street between First Avenue and Second Store.

The womenswear boutique has moved to Christopher Street in the West Village... 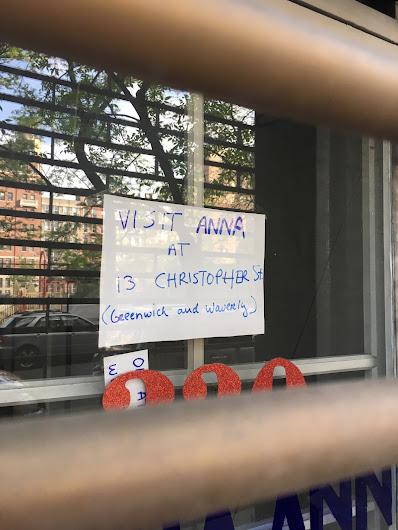 Per the Anna Facebook page: "We're thrilled to share that on May 1st we will be merging with our dream store, Fairlight, at 13 Christopher Street in the West Village. Looking forward to seeing you all in our new space!"

Designer Kathy Kemp first opened Anna in 1995 on Third Street near Avenue A. Anna relocated to 11th Street in 2012. (Read more about Anna and Kemp in this Out and About feature from 2014.)

With Anna's departure, there are now three of four consecutive storefronts sitting empty on this block of 11th Street... Odin and Pas de Deux closed earlier this year... 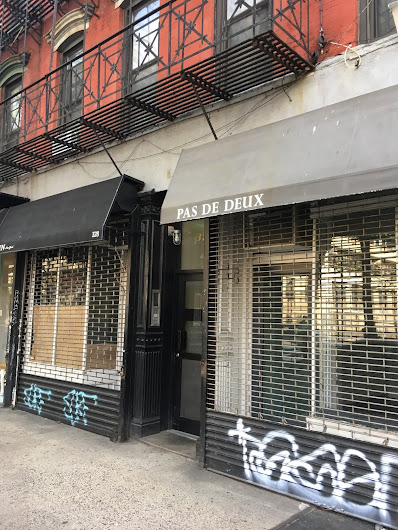 Are those all in Kushner buildings? And THE WEST VILLAGE is cheaper than the East Village? Seriously??!

"With Anna's departure, there are now three of four consecutive storefronts sitting empty on this block of 11th Street... Odin and Pas de Deux closed earlier this year..."

So, which big developer/speculator owns the empty storefronts? Icon? Destroying neighborhoods with outrageous rents, driving out long term businesses and residents; sounds like them.

That's a shame, was a nice row of interesting shops.

If there businesses are going to pay high rent they are going to move to Chelsea to get a wealthier crowd of shoppers. This must be the 3rd or 4th EV business to move west. And I can't blame them.

Boycott Kushner properties because Kushner works for Trump and didn't disclose that he dealt with Russians cuz he was part of the Russian sabotage of the election Trump led with his other minions including Flynn, Hayes, Manafort etc.

Hillary Clinton should be the POTUS and spare me she was a "lousy candidate". Nah, you were a lousy American citizen who thought Trump was better cuz guess what dipshit hater? Clinton was the better choice. If she was POTUS and the Dems had control of all three branches of government right now, none of the shit going on right now would be happening, not even the beef with North Korea, and you know it. We'd have a liberal Supreme Court justice, a $10.10 national minimum wage, a push for single-payer healthcare, and more taxes paid by the rich thus more money for infrastructure.

But you had to sit it out because Saint Bernie the divisive disshelved phony revolutionary with his three houses and 150K Audi (foreign car) wasn't nominated. Poor millenial baby didn't get who he/she wanted so let's elect Trump by vote, sitting it out, or throwing away a vote on quadrennial do-nothings Gary Johnson and Jill Stein. Btw where ARE those two? Nowhere in sight. Sanders is a piece of shit infiltrator who changed back to I and still won't tell people to vote Democrat in 2018, he and his fatfuck pal Michael Moore who has found a new way to profit off of Trump with his bullshit one-man "play" attacking Trump. Moore will never lead a true "resistance."

Back to Sanders. He's a career politician bum who once stole electricity from a neighbor, wrote a rape fantasy essay, praised the Sandanistas and food rationing lines, didn't work well into his thirties, and again owns three homes (so 1% oops da won pahcent of him.) Besides that you are on some alternate Earth if you think a communist-sympathizing/praising, socialist, athiest (godless), liberal Jew from Vermont was gonna get the votes in MI, WI, IA, OH, and PA needed to win.

He would've won yadda yadda yadda - bullshit. He was never attacked save for an occasional "crazy Bernie" from Trump at one of his rallies. He divided the Democratic party after he infiltrated it. He's a fucking piece of shit. Btw Clinton called for single-payer healthcare first, not him.

Oh yeah - why didn't he run for POTUS in 2000 (open seat), 2004 (Republican incumbent), or 2008 (open seat again), or primary Obama in 2012 (since Obama took from corporate donors)? Cuz he's a vulture. Nathan Graham from Creepshow looking motherfucker. Fuck him as well as Trump!