The abandoned bus shelters of Avenue A

The M14 SBS routes launched yesterday... and, as noted, several stops were eliminated ... with the remaining spaced out along Avenue A. MTA officials made sure passengers were aware of which shelters were no longer in use with some art-installation quality tape work... 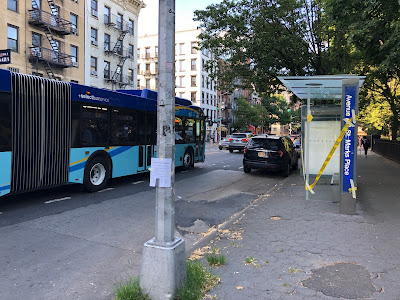 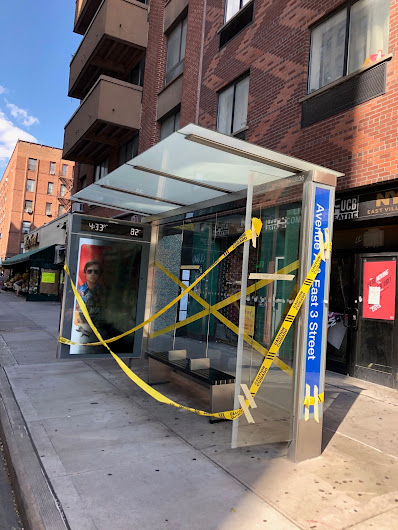 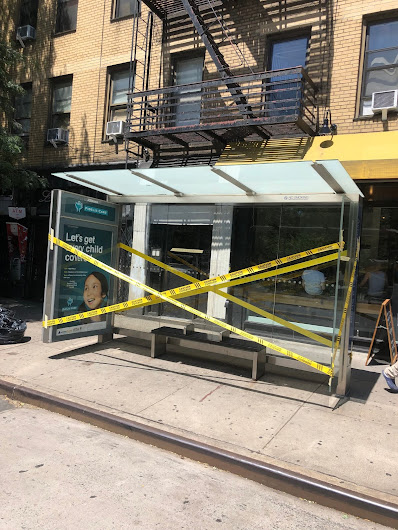 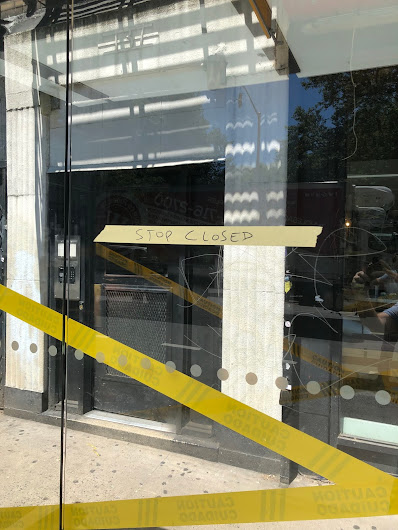 These will likely be removed ... though it's not immediately known if new shelters will be erected at the new stops.
Posted by Grieve at 4:00 AM

Well thought out for people with disabilities who want to transfer to or from the M14A and M8 crosstown. Now they will have to walk or navigate a wheelchair even further to make a connection! What ever happened to common sense? Not to mention the convenience of stoping in front of Tompkins Park for all of us.

Use these abandon station for citibike locations. better move fast or a starbucks might pop up there.

Only an organization like the MTA can mess something up THIS completely. First eliminate bus stops to make the buses go faster (hey, eliminate ALL stops and the buses will zoom along!). Then don't do anything about the bus shelters except for some tape that will be down before the weekend is here.

Can the MTA do anything right? I don't think it can.

The MTA didn't seem to look at actual stops or actual usage before making this plan. For instance, dozens of schoolchildren commute from schools in the East Village to the Lower East Side, with many of them getting off at the stop at Jackson and Grand, which is a much safer crossing than the last stop on the M14A where cars turn onto Grand from the FDR. But of course the MTA didn't account for the schoolchildren, as they're getting off the bus and not on. Now, two stops between East Broadway and the FDR have been eliminated, so I predict lots of little kids having to make the dangerous crossing across Grand...good times! And f u MTA.