A look at Avenue A and 7th Street this evening 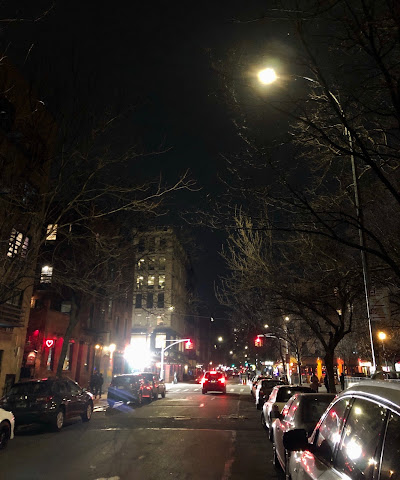 Avenue A opened up again for vehicular traffic late this afternoon around 5 ... this after the NYPD finished their crime scene investigation following the deadly shooting early this morning.

An NYPD light tower remains on Seventh Street and Avenue A... 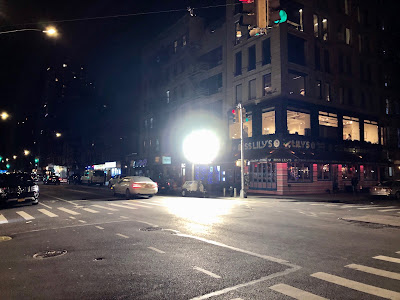 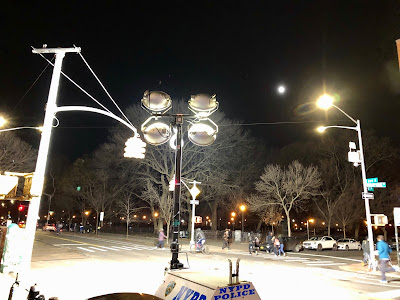 According to the NYPD, an argument that started inside the Hayaty Hookah Bar at 103 Avenue A between Sixth Street and Seventh Street, spilled out into the street around 3:30 a.m.

One man, identified as Earl Facey, reportedly shot Richard Reid. Two officers from the 9th Precinct, on patrol nearby, responded to the scene. Police say the officers shot Facey, who was holding a weapon, three times after he refused to get on the ground. EMTs took Facey and Reid to Bellevue, where hospital officials pronounced them dead.

Police said that both men were in gangs and each had prison records.

Read more at this link.
Posted by Grieve at 6:33 PM

Does this mean the return of EV NYPD Tweet Tower???