The newish luxury rental at 532 E. Fifth St. between Avenue A and Avenue B arrived on the sales market in July 2015 with an asking pricing of $12.5 million.

The Real Deal reports that Forest City Ratner Companies is the new owner, buying the six-story, 10-unit building for $10.4 million. Rents range from $3,950 for a one-bedroom apartment to $8,900 for a three bedroom.

The Cushman & Wakefield listing mentioned that No. 532 was "an excellent opportunity for an investor to purchase a high cash flowing, low maintenance asset, or an immediate condo conversion project."

Forest City Ratner has not revealed their plans for the building yet.

Now! A return trip to the EVG archives to when the demolition started on the previous building here in November 2008… 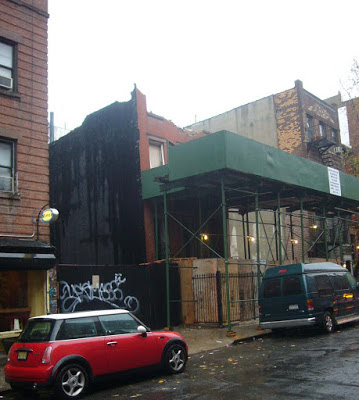 On the way: A five-story apartment building for Fifth Street

So, over $1 mil per unit. I guess my math skills aren't creative enough because I can't figure out how the rental prices can return enough profit. The building will likely be flipped.