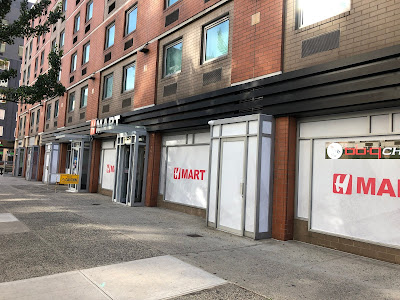 The H Mart on Third Avenue between Ninth Street and 10th Street opened its doors today around noon (H/T Steven!)...

And there's an unconfirmed report that @sukebornloose was first in line... 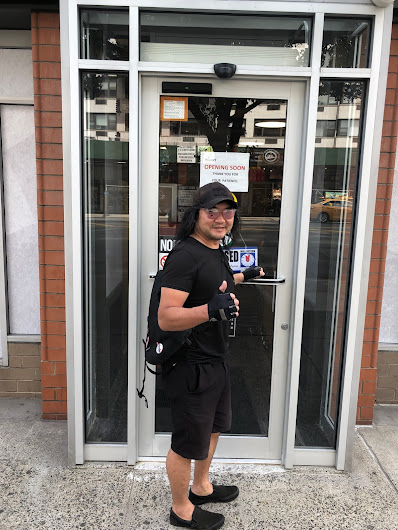 This location of the Asian-American grocery will also carry BBQ chicken... 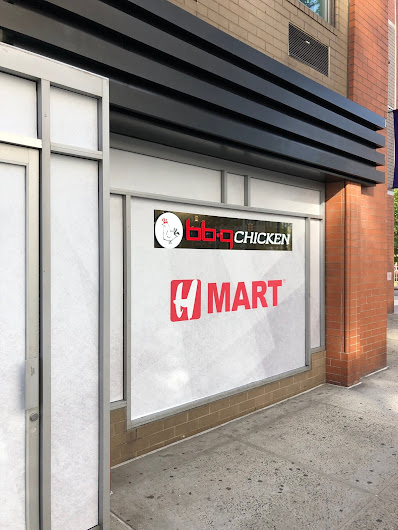 And the hours of operation... 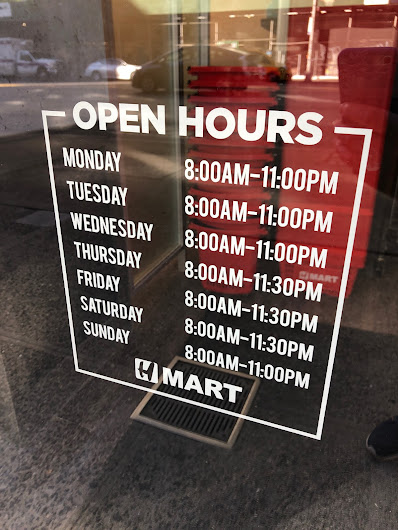 More, much more, later... and previously.

A few interior shots via Steven... 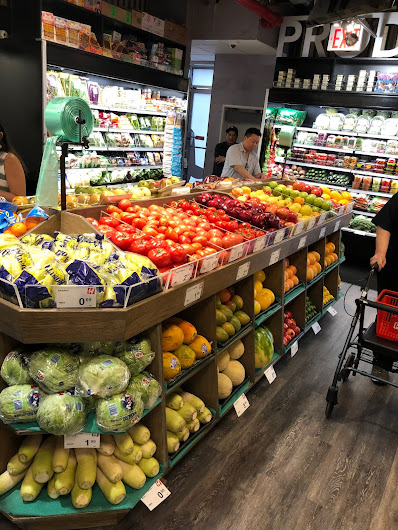 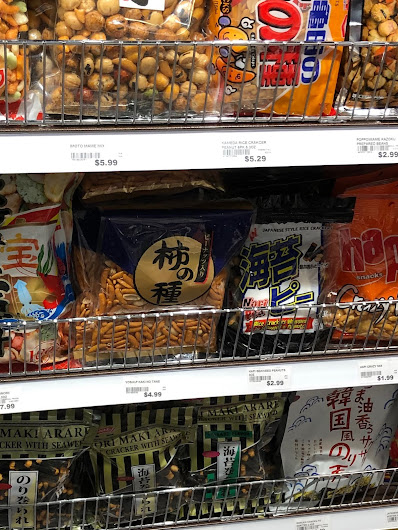 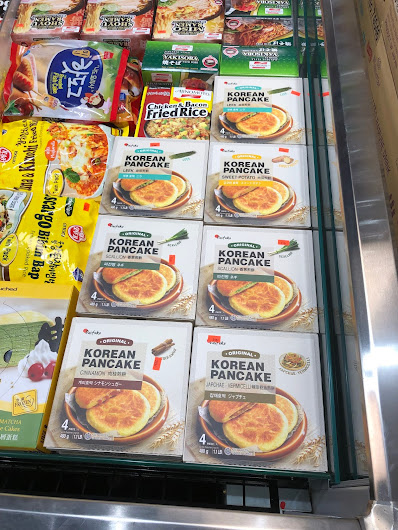 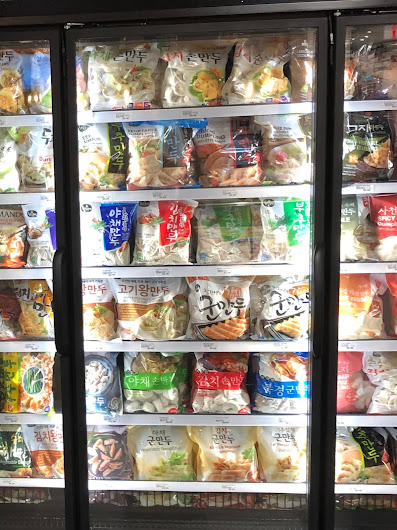 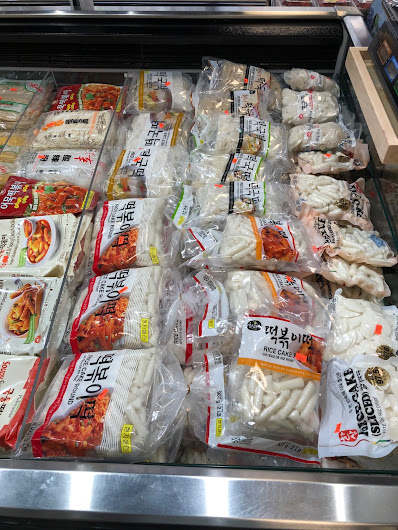 We first spotted the branding for the Asian-American supermarket here last August. This is the third H Mart in Manhattan (the others are on West 32nd Street and Broadway on the Upper West Side). Overall, H Mart, based in Lyndhurst, N.J., has more than 70 outposts in the United States and Canada.

Workers combined four retail spaces on this block in the base of NYU's Alumni Hall to fit this H Mart — the former Birdbath and Citi Habitats office (both of those businesses left in the summer of 2014 ... as well as a Subway (sandwich shop) and Saint's Alp Teahouse.
Posted by Grieve at 12:41 PM

Ah, a familiar face! Suke is the man. Fantastic guitarist...

Well, to clarify, it started out as a Korean grocery chain which it still is, although Asian American isn’t wholly inaccurate

Rejoice! The Gods are singing :)

The selection is great, though the prices are higher than in the big Jersey store. I felt a little uncomfortable with all the employees hovering around, clearly watching for shoplifters, but maybe they feel like they have to do that because the store is kind of a maze like a previous poster said.

Make way, I'm coming through! I did a bit of research on this place and surprised to find out that H-Mart...
...is also behind EV favorite M2M! (according to wiki M2M is H-mart's 'urban convenience' format which debuted in Toronto.)

I happened in on my walk home from the gym. And, uh... yeah. My backpack, baseball hat, and dark glasses meant that I had security with me nearly every step. Amazing selection. I had no idea what a lot of the stuff was. Cool to see familiar brands in packages in other languages! I wish them luck.

I have been in twice already! Looks like a bit less of a selection than the 32nd St store--although, to be fair, they JUST opened and that may change--but it's certainly a very welcome addition to the neighborhood.

The prices on Japanese items are very high compared to Sunrise Mart. I will continue to buy Japanese goods at Sunrise and buy Korean goods at H Mart.