On 2nd Avenue, renovations turn into a seizure by the Marshal at Hot Box 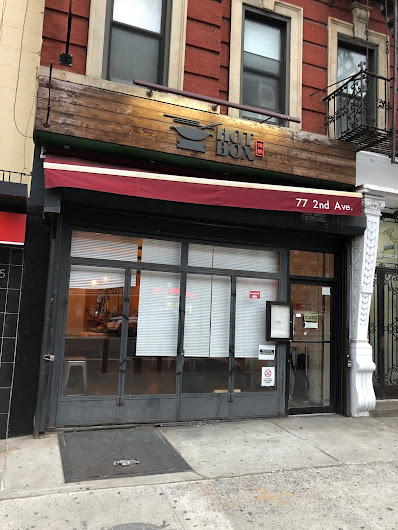 Hot Box has not been open in recent months over at 77 Second Ave. between Fourth Street and Fifth Street.

A handwritten note on the door stated that they were "closed for 'renovations'"... 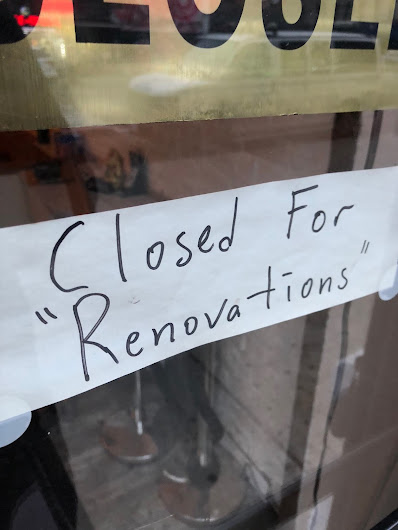 During that time, there wasn't much, if any, activity inside the space... 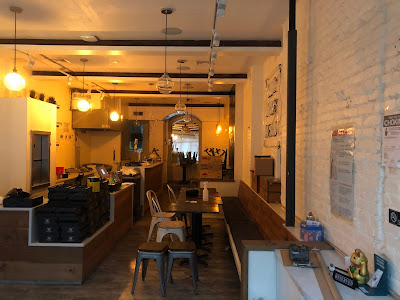 And now that renovations sign has been removed... and there's a notice stating that the Marshal has taken legal possession of the space and turned it back over to the landlord... 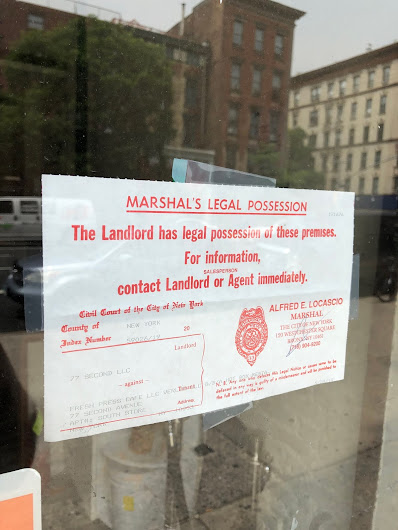 The restaurant opened in May 2018, offering a quick-serve interpretation on traditional Chinese hot pot with a "signature burner system" for the table.

There isn't any word of a closure – temporary or otherwise — on the Hot Box website and social media properties.

Tough restaurant times at this address in the past two years. Ciala, which briefly served Georgian cuisine before switching to French food, had an inauspicious five-month tenure here.
Posted by Grieve at 4:00 AM

It's so rare that there's a correct use of scare quotes on a sign that one can't help but wish them "well."

Why do owners say "Closed for renovations"? Its lame and obvious. I wish people just had the courage to tell the truth.

"Renovations" is in quotation marks, indicating irony or euphemism. The sign is subtle and beautiful.

Another on bites the dust; Gelarto on St Marks Place and Avenue A is closed, just two years after opening, and from the look of things t's not for “renovations.” They were removing the large refrigerators this afternoon. I guess we will just have to depend on Rays Candy for our summer treats.

Giovanni. Gelarto on 9th and Avenue A is closed and listed for rent but that sign needs to read: Closed because of "Icon Realty's Renovations". Icon has renovated that entire building on the corner of 9th and A into a deathtrap. I'm surprised they made it this long with the construction issues Icon left them with.

Icon Realty continues to live up to it's terrible reputation.