Activity at the long-empty 204 Avenue A 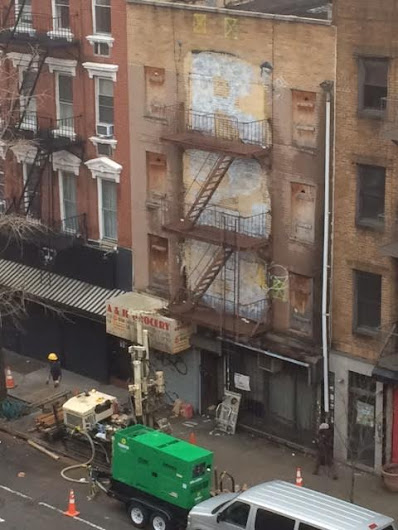 According to public records, the NYC Housing Preservation and Development owns the property. There's nothing on file at the DOB to suggest any future development just yet. (There is a recent filing for "facade repair" at an estimated cost of $4,450.)

A look at Google Street View shows the building in use in September 2007... 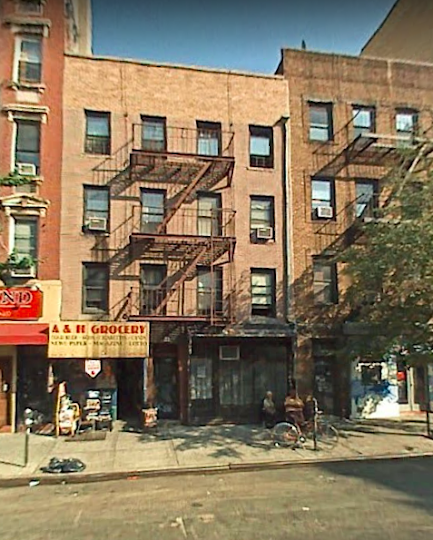 Email ThisBlogThis!Share to TwitterShare to FacebookShare to Pinterest
Labels: 204 Avenue A

Thanks for that info. I saw some legal documents on the gate at 535 ... something about past-rent due on two units...

Not so sure they are going to use that on the city owned building. Workmen have been setting up equipment where that drill is for the last couple weeks and going in and out of the building next door that housed that Bright Audio place. They have been ripping that place apart and working on the basement level, too.

Thanks for the history 9:12. I've been wondering what the deal was with this building. So weird to brick up the windows like that.

Can they build a 7 story building in this neighborhood? I thought buildings had to be 6 stories or lower in the EV?

They can build anything, any damn please they want. Trust me.

Owners of that deli are in business next to 7B.

I may be wrong about a 7 story building but there is a market rate rental with 7 floors built about 8 years ago on 12th street, filled exclusively with millennials and their dogs. Anyway to answer the question about the bricked up windows, 535 had squatters and other folks moving in during the past several years, that building had cinder blocks which still didn't stop the intruders. Nearby neighbors feared someone would start a fire and burn down the block.

I think these 2 buildings 535 E 12th st & 204 Avenue A needs some community land-trust that must replaced with real affordable Housing to housed low-income families in need in the neighborhood let's be real on that.

Have there been any true low income housing built in the E Village in decades? No. They dont call it market rate but when low income starts in the $100,000 yr range? What a joke. More elite theft of housing and more homeless on the way