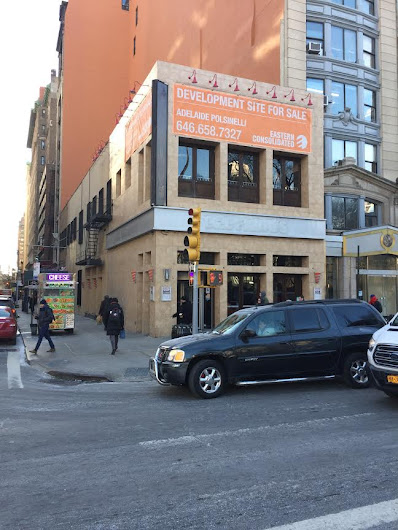 [Photo by Daniel from January]

For sale signs via Eastern Consolidated were up right away though we never saw the listing... which is now live here:

And an aerial photo looking at Union Square via Eastern Consolidated ... to see how the site stacks up against its neighbors... just imagine another ±19,500 square feet on top... 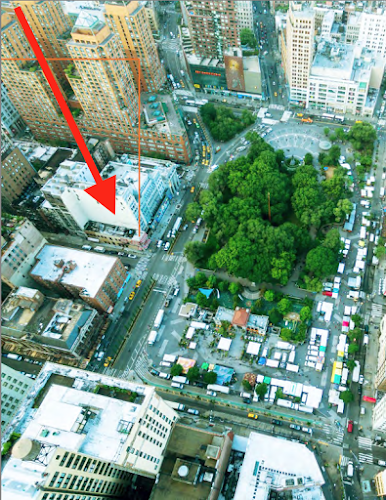 Dennis Riese, the chairman of the board and CEO of The Riese Organization, reportedly bought this building for $15.3 million at the end of 2009. The TGI Friday's opened in June 2010.
Posted by Grieve at 4:00 AM

This area is going to be San Francisco East in terms of unaffordability for people who have regular jobs that don't pay a ton of money. We just need to GTFO and make way for our "betters".

Goodbye to yet more sunshine and air, hello to yet another oversized gloomy box filled with the pampered elite. Seriously, will it never end?

Sunshine and air coming from the lot line of that monstrosity building that hugs it? I don't think so.