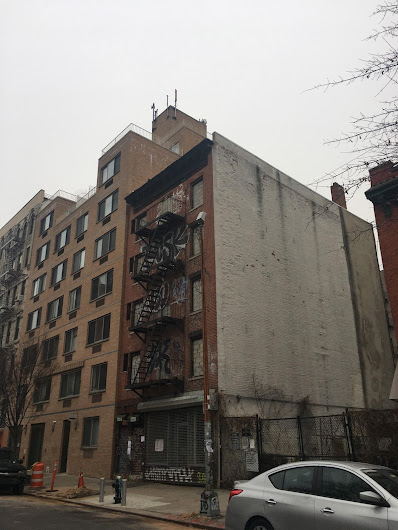 An EVG reader yesterday reported that a crew with a Davey Drill was outside the city-owned 535 E. 12th St. between Avenue A and Avenue B. 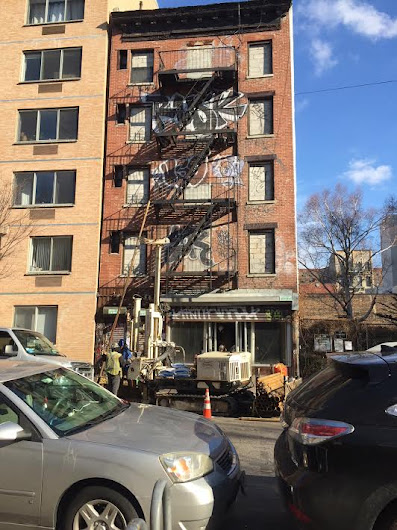 This is the second city-owned building within a block now that has shown signs of development life. Earlier this week, workers were spotted taking core samples outside the vacant building at 204 Avenue A between 12th Street and 13th Street. ... telling the residents in Apartment 7 and Apartment 8 that they owe a few thousand dollars... 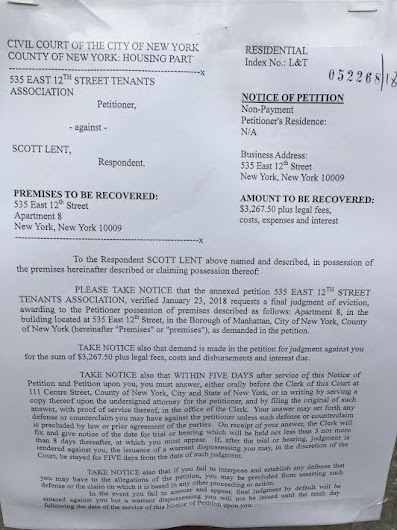 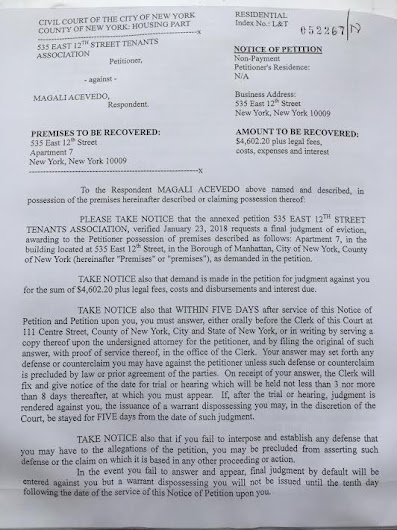 As far as anyone can recall, no one has lived in this building (save for some squatters) in nearly 10 years.

The NYC Housing Preservation and Development owns both 204 Avenue A and 535 E. 12th St. There's nothing official just yet about what's going to happen to these buildings.

Here's an EVG commenter from Tuesday's post on No. 204:

Happy to see this eyesore is being flipped, I just hope it isn’t an ugly, “modern” building like what went up on the corner of 12th and B. Of course, it will be, but I’ll keep wishing.

My mom is 97 years old and I was just picking her brain on the places she grew up. she gave this address. She lived in this building for about 6 years 85 years ago. Glad we looked it up before it was demolished.