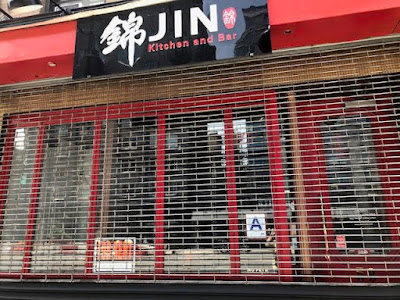 A for-rent sign now hangs in the window at 58 Third Ave., marking an end to Jin Kitchen and Bar's short existence here between 10th Street and 11th Street.

The Chinese restaurant debuted in January, taking over the space from Shu Han Ju II. This marks the third restaurant at the address in the past four years — Shu Han Ju II replaced Mulan East.

Thank you to EVG reader Sheila Meyer for the photo!
Posted by Grieve at 4:00 AM