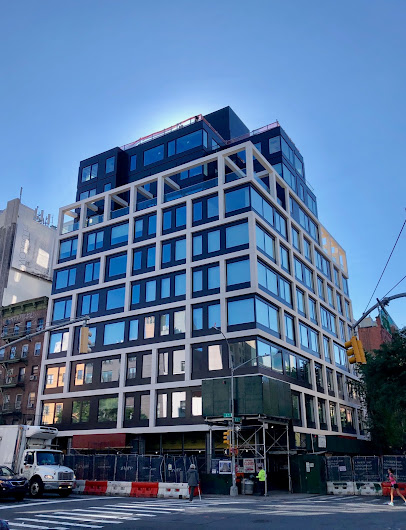 There's slowish but steady progress on this 10-story condoplex on the site of the former BP station, the second-to-last-one in the neighborhood. We noted that the building reached the third floor in April 2017.

The top photo is from Saturday.

As previously reported, the building will house 30 condos, with homes ranging from $1.125 million to $10.5 million along with ground-floor retail. The building's website — "meticulous meets magnificence" — lists that seven units remain for purchase. 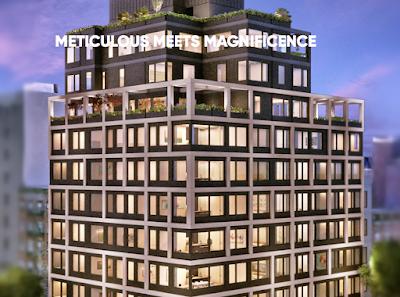 2nd Avenue residential complex now complete with renderings on the plywood
Posted by Grieve at 4:00 AM

If that pile of crap is "magnificence", I really need to re-think my heretofore-unquestioned command of the English language.